Stick a spade into the ground in central Seoul and you might strike a few stones from the city’s distant past. In the case of one massive contemporary landmark, those involved in its construction ran into more than just a few stones.

After breakfast, I left the warm confines of my Insadong hostel and headed for nearby Anguk Station. This was the sight that greeted me along the route – the Seoul of the present. (Or the recent past, if one prefers to think of it that way.) 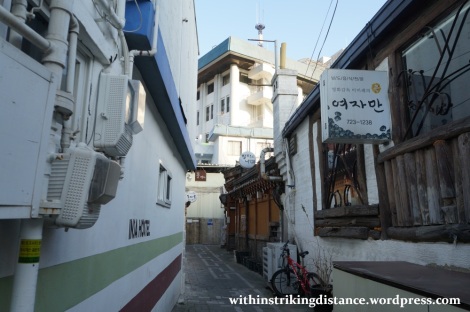 Seoul presents a very different face to visitors once they step away from the glitzy shopping districts and skyscraper-lined central thoroughfares. Behind many a broad avenue sits a dense maze of narrow alleyways and winding streets, of low-rise buildings and a tossed salad of architectural styles, of mingled urban renewal and urban decay. Still clean (well, for the most part), still welcoming, and still safe, but what a massive difference from the eye-popping wealth or the mind-numbing historical grandeur of the Korean capital’s more tourist-friendly neighbourhoods. It’s one of the reasons why Seoul rarely fails to pique my interest: just when I thought I’ve got it pinned down, I turn a corner, and suddenly I’m back in terra incognita.

Man, I love this city.

Now for the contrast we spoke of earlier. From Insadong’s Anguk Station, I rode the underground (with one transfer along the way) and got off at Dongdaemun History & Culture Park Station…

…above which stands a striking composition of concrete and steel – the Seoul of the future.

From the air, the Dongdaemun Design Plaza (DDP) looks like a gigantic silver tadpole swimming in the midst of a sea of buildings. Down on the ground, this shiny new cultural venue looks like something else entirely: an assembly of man-made cliffs and canyons, with its undulating metal-clad structures reminiscent of caves and eroded rock formations. 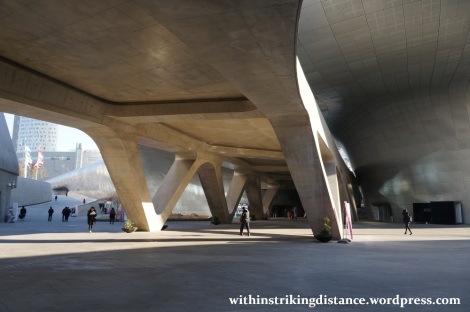 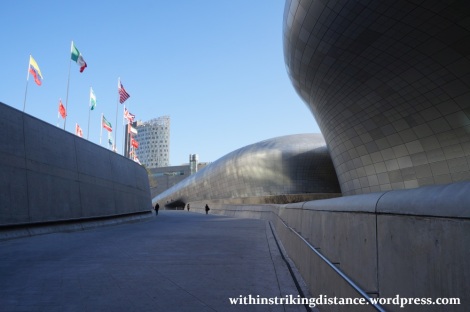 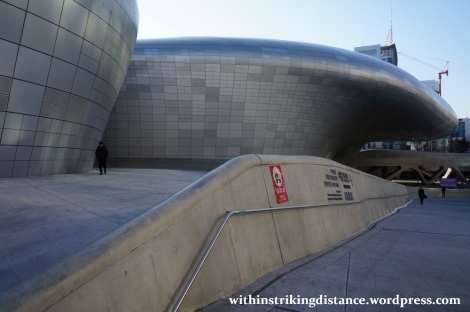 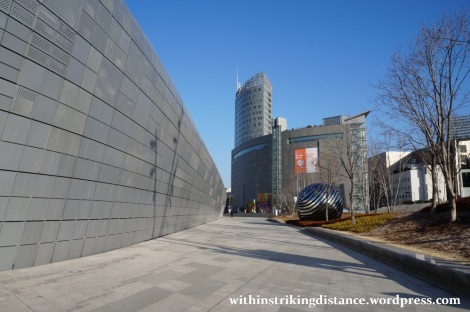 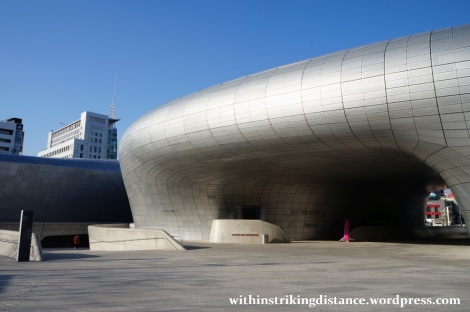 It’s all quite impressive to look at, I must say – especially when compared with what once stood on the site. The nighttime view is apparently just as awe-inspiring, if not more so, but that’s something I’ll have to look forward to in a future visit.

When this design-forum-cum-exhibition-centre was being constructed, remnants of Seoul’s more distant past were unearthed and incorporated into the overall scheme. In one part of the complex, we see the remains of ancient buildings… 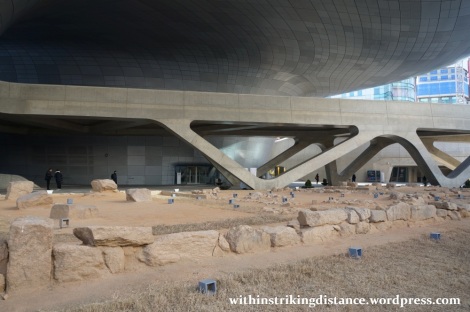 …whilst in the park area next to the DDP, we encounter a stretch of Seoul’s old Joseon-era fortress wall, including an old flood gate that looks like an arched stone bridge. 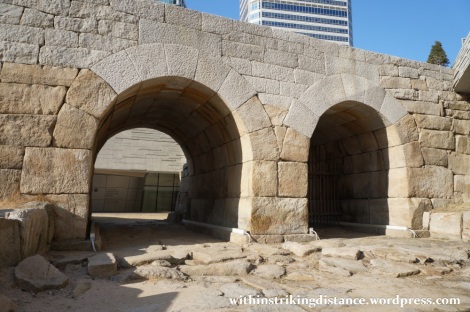 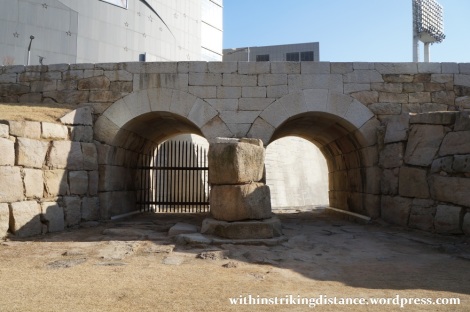 By and large, I’m not a fan of modern architecture, although I do appreciate designs executed on a monumental scale – and the DDP is unquestionably that. The presence of so many Joseon-era relics, left in situ and harmoniously woven into the fabric of the new facility, enriches the experience even more and makes this a worthwhile destination even if one chooses not to participate in whatever exhibitions or events happen to be going on.

Right then, that’s one item ticked off today’s checklist. I returned to the metro station and headed towards an important 20th-century landmark … one that serves as a reminder of a particularly dark chapter in Seoul’s history.