Relatively little has survived from Tōkyō’s golden age of Western-style architecture, when the rapid wave of modernisation that swept across Japan during the Meiji and Taishō eras triggered the construction of buildings that would not have looked out of place in the great capitals of Europe. Many of these later succumbed to war or redevelopment, but a few precious remnants yet remain, amongst which is a grand house of the late 19th century located a short walk from Ueno Park.

Constructed in 1896, the former home of the Iwasaki family (founders of the vast Mitsubishi business empire) consists of two sections: a monumental Western mansion linked to a Japanese-style residence. The Western part, used mainly for social and business events, was designed by the British architect Josiah Conder, a name familiar to anyone with a keen interest in Japanese architecture of the early 20th century. The private home in the rear, where the family actually lived, was built to a more traditional Japanese design by Ōkawa Kijūrō. The estate became government property after the Second World War, and much of the former land area was lost to subsequent redevelopment, but the Western section and a small part of the Japanese wing managed to survive to the present day. The house and grounds are now managed by the metropolitan government as a public park, under the name of Kyū-Iwasaki-tei Gardens (旧岩崎邸庭園, Kyū-Iwasaki-tei Teien).

Photography is forbidden inside the house, which is a real shame since the interiors are the best part. “Palatial” is a word that easily comes to mind as one walks through the grand hallways and lavishly appointed rooms of this enormous mansion, with the decor an eclectic mix of styles ranging from Renaissance to Middle Eastern. That said, the monumental exteriors do manage to convey some sense of the splendour within, and must have looked as impressive to those viewing it in its heyday as it does to visitors in our own time. 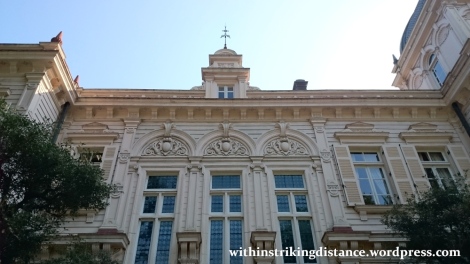 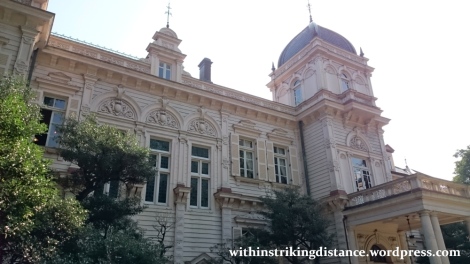 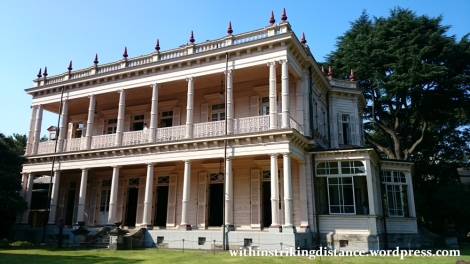 Having seen an old photograph of the estate taken before the large-scale demolitions of the 20th century, my heart aches when I think about how so very little of the once-enormous Japanese section of the residence was preserved. From fourteen rooms with an area totalling over 49,500 square metres, only four chambers still survive. 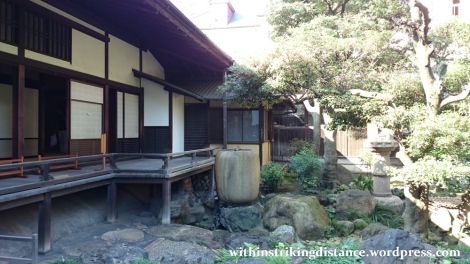 Next to the Western house – and connected to it by an underground passageway – stands the so-called Billiard Room, a cottage also designed by Josiah Conder and completed after 1897.

And with that, my overnight weekend holiday in the Japanese capital was at an end. I hurried back to Keisei Ueno Station, passing by the Shinobazu-no-ike … which, interestingly enough, was the place where I began that day of sightseeing hours earlier.

I’ll have one more post to write for this present series (which will describe my experience later that same day in Narita Airport’s new budget terminal), after which we’ll begin documenting yet another journey to my favourite corner of the world.