Close relatives of the Lords of Kumamoto once lived within a stone’s throw of the enormous castle that loomed over the heart of this southern domain. But when the sweeping reforms of the ascendant Meiji government deprived them of both power and property, it became necessary to trade their old home for humbler accommodations.

Humbler, perhaps, but far from spartan … and certainly not lacking in the noble elegance that befits their station.

Before we proceed, a brief note on current events.

Many readers will no doubt have heard of the deadly earthquakes that rocked Kumamoto this week. Kumamoto Castle, which I wrote about recently, suffered significant damage due to those tremors (including the loss of at least two of its last surviving Edo-period structures). At this point in time, I have not come across any news regarding the Kyū Hosokawa Gyōbu-tei (described in this present post), though one hopes that it has made it through substantially unscathed.

Please spare a moment to remember all of those affected in your thoughts and prayers, and of course offer assistance if in a position to do so.

For the moment, with train services suspended across a large swath of central Kyūshū and some roads rendered impassable, it might be best to reconsider any travel plans to the affected area (unless, of course, you’re reading this post long after the fact and with the necessary repairs already completed). For more information: Japan Guide has a good basic summary of the impact of the quakes, and JR Kyūshū regularly releases updates on cancelled services through their official site.

After exploring the grounds of Kumamoto Castle, let’s head for another historic site some distance away to the north-west. Whether one chooses to walk here or takes the “Shiromegurin” loop bus, the former mansion of the Hosokawa Gyōbu clan (旧細川刑部邸, Kyū Hosokawa Gyōbu-tei) is worth the short trip from the castle.

The mansion was first constructed in the 17th century – and in a different part of the city – to serve as a secondary home for the newly established Gyōbu branch of the Hosokawa family (the main line of which held supreme power over Kumamoto Domain for much of the Edo Period). Like the homes of other high-ranking samurai families, the Gyōbu clan’s primary residence was located within the outer walls of Kumamoto Castle, but this changed after 1871 when the compound became the area headquarters for the new Imperial Japanese Army. With all residents evicted from the castle as a result of this move, the Gyōbu clan were forced to relocate to their alternative house, which was remodelled to serve as their new chief residence. In the early 1990s, the mansion was carefully taken apart and reassembled on its present site, placing it within striking distance of the castle.

Right then, let’s step through the main entrance… 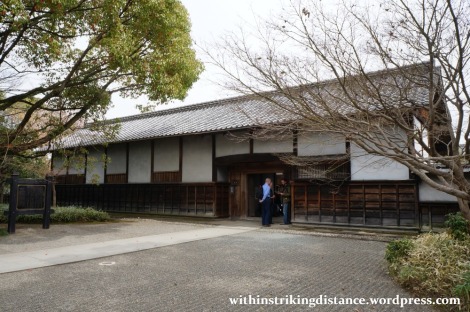 …and, after taking a few moments to admire the building’s elegant façade… 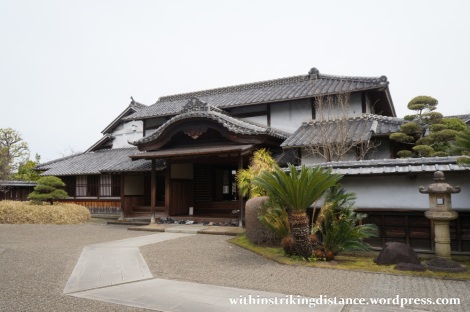 …let’s go inside to see this splendid backdrop to the daily life of an aristocratic Edo Period family.

Placed alongside the lavishly decorated halls of the Hosokawa family’s main palace at Kumamoto Castle, the rooms of the Kyū Hosokawa Gyōbu-tei seem almost shockingly simple in comparison, but the mansion’s highly refined architecture and generous floor space (about 990 square metres) hint at the noble pedigree of its former owners. Moreover, this house serves as an excellent architectural counterpoint to the castle palace: private and domestic on the one hand, public and ceremonial on the other. 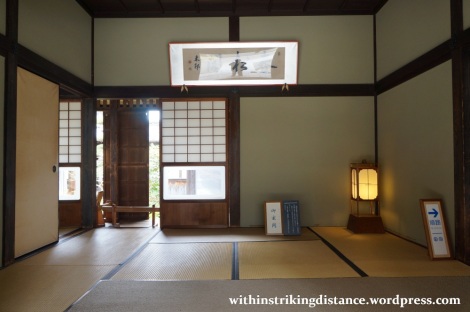 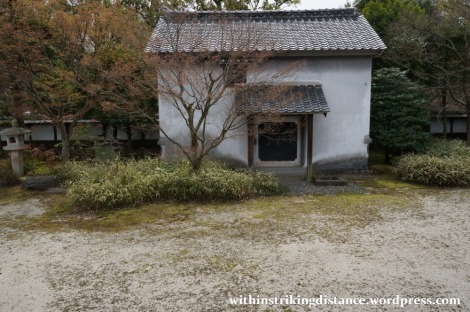 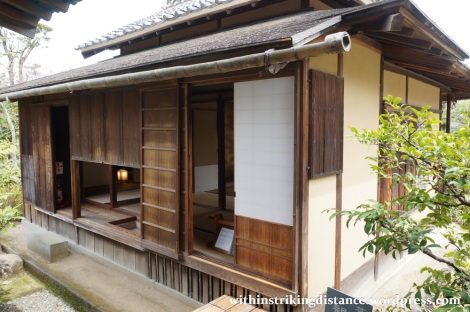 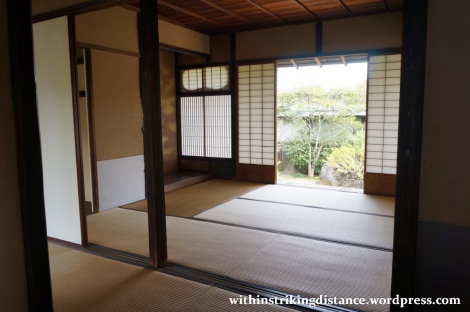 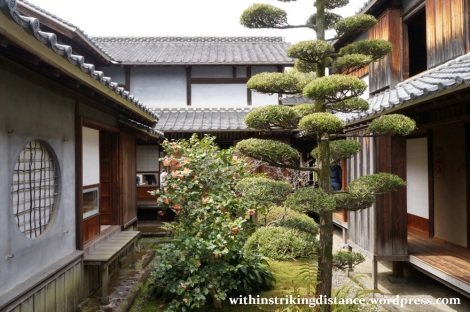 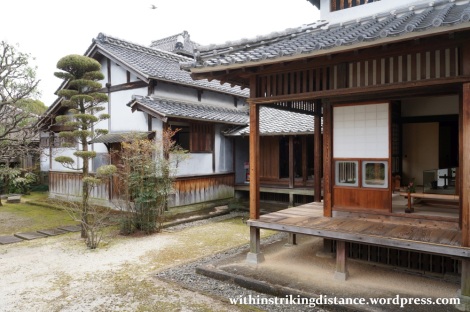 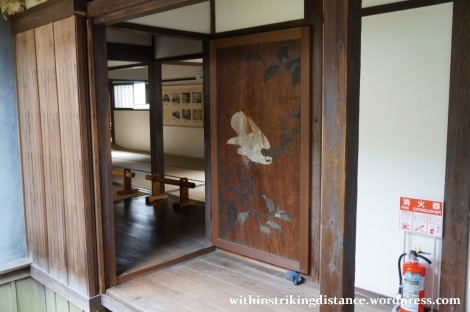 And so ends our latest visit to Kumamoto. As always, there’s more left to see beyond what we’ve covered thus far, so let’s look forward to returning sometime in the not-too-distant future.

From here, the loop bus takes us back to the tram stop (though one could remain on the bus all the way to Kumamoto Station if preferred). Time for a bit of light tramspotting… 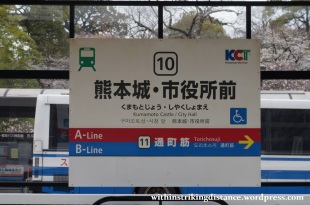 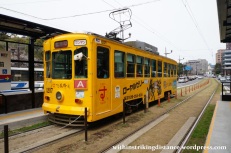 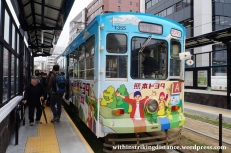 …before riding the rails to JR Kumamoto Station, where an 800 series shinkansen on a Tsubame service awaits. 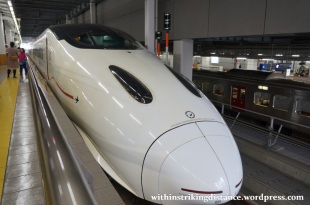 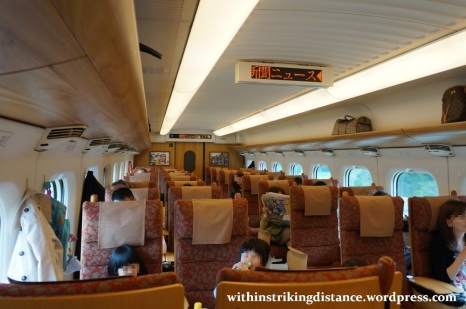 Back to Fukuoka now, though it’s not quite time for bed yet! With some light still remaining, let’s hit one more stop before calling it a day…

…and let’s talk about that in the next post.