This morning, we’ve got our sights trained on a fine castle just an hour’s journey from Ōsaka.

The journey from Ōsaka to the city of Wakayama takes a little over an hour . . .

. . . and this morning’s ride is a 283 series train running on JR West’s Kuroshio limited express service.

Not the newest train on the track, but the 283’s comfortable Green Car is more than adequate for our short intercity journey. 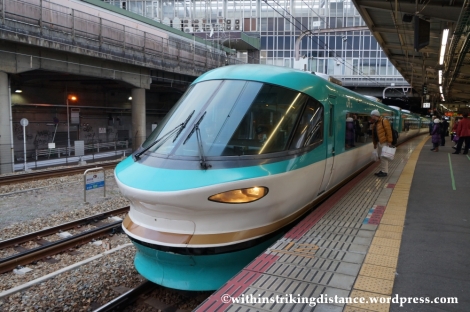 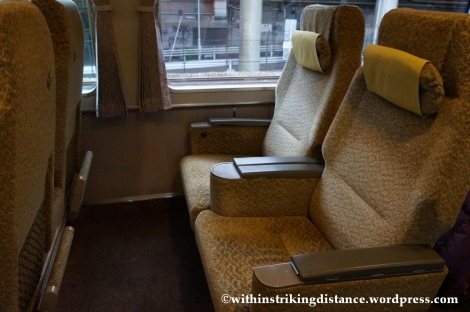 From Wakayama Station, the castle is about half an hour away on foot. It takes a little less than that by bus, but there’s nothing like an invigorating stroll to perk up one’s spirits in the morning.

Don’t feed the birds! As for dog owners . . . well, let’s just say it’s less about what goes into their pets and more about what comes out of them. 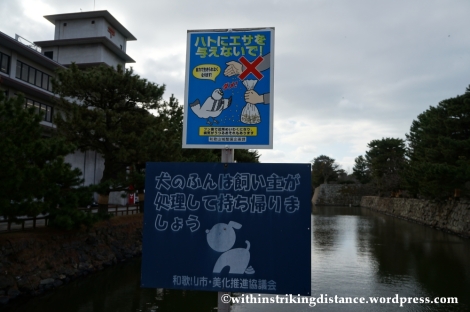 Over the wooden bridge that crosses the moat . . .

. . . into the public park that once formed part of the castle’s inner defences. The wooden palisades and watchtowers that stood here are long gone, but the formidable stone walls on which they were built are still intact. 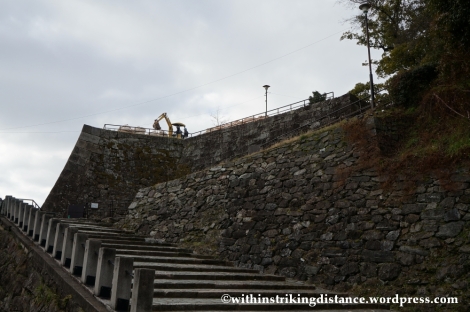 In some places, it’s even possible to see the natural rock of the hill upon which the castle was built, peeking out from under the man-made stone walls.

At the top of the hill stands the main keep and inner enclosure of Wakayama Castle. The original wooden structure – first constructed in the late 1500s and remodelled in the early 17th century – was completely destroyed by Allied bombing during the Second World War. It was rebuilt in 1958 using concrete, and whilst the exterior (probably) accurately reflects the castle’s original appearance, the interior (now home to a museum) is rather bland and modern, which is sadly typical of postwar castle reconstructions across Japan.

Having said that, the castle’s facade is certainly very impressive, and even as a concrete reproduction it gives a good impression of the wealth and power that the lords of Kishū Domain once wielded. 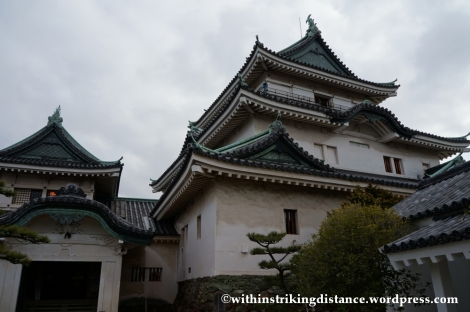 The innermost enclosure has an interesting renritsushiki layout, where the tenshu is linked to nearby secondary towers forming a central courtyard. It’s best appreciated from above, as the following satellite image shows:

The castle lord’s lavish palace and its associated structures are long gone, but one of the complex’s most elegant features – the Ohashi-rōka, a sloping wooden bridge linking the castle’s Ninomaru and Nishinomaru enceintes – has been faithfully reproduced using traditional techniques and materials.

Not far from the bridge is the Nishinomaru Teien, a lovely garden laid out in the 17th century. The castle lords and their privileged guests would have enjoyed pleasant strolls through its winding paths and taking tea in the pavilion that overlooks the garden’s central pond. 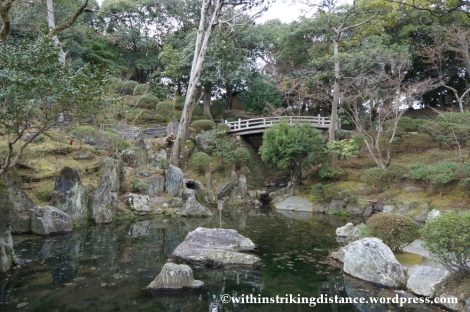 After our day at the castle, the Kuroshio limited express service takes us back to Ōsaka, this time on an older 381 series train. 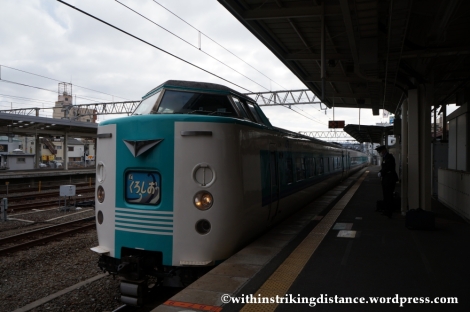 The day is far from spent, and we’ll have loads of sightseeing to do before we turn in for the night – but let’s save that for the next post.