Otaru may be a rather small city – and yes, I was here just a couple of days ago – but it’s got more than enough attractions to justify a second day-trip from Sapporo.

Our last full day in Hokkaidō is far from spent, so let’s go an a return visit to Sapporo’s little neighbour and see more of the place.

Most visitors who are in town for the Yuki Akari no Michi will probably make their trips after sunset, and will likely head straight for the main festival sites (which I visited the day before yesterday) along the disused tracks of the old Temiya Line and on the banks of the Otaru Canal. Arriving a little earlier in the day has its advantages, though: the streets are less crowded, the town museums are still open, and one notices things that might otherwise slip under the radar. 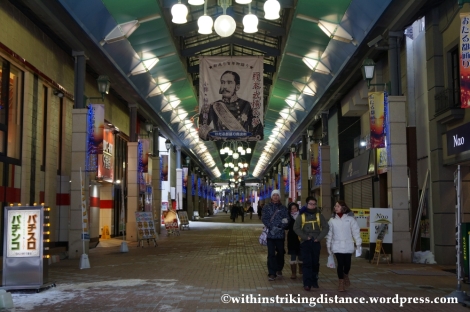 . . . or the sturdy old buildings that were constructed during Otaru’s heyday as a major port city. 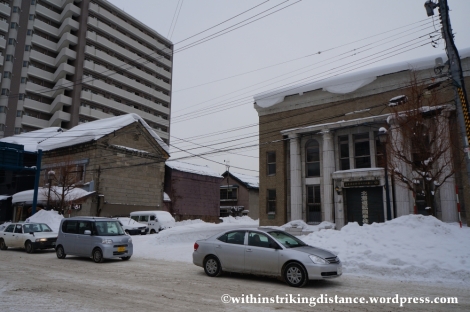 The canal area also looks quite different during the daytime. A little less magical, perhaps, but still quite lovely to gaze at. 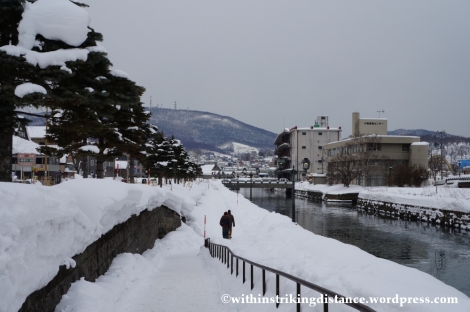 The area near the canal is sprinkled with old structures dating from the time when Otaru was an economic hub for the region. Those days are long gone, but many of the buildings that rose during the boom years are still around, and a good number of them have been transformed into museums with a variety of themes, ranging from glass to Venetian art to Japanese currency.

We’ve only got time for a single place before they all start closing for the night, though, so let’s make it this one: a complex of old warehouses within sight of the canal. 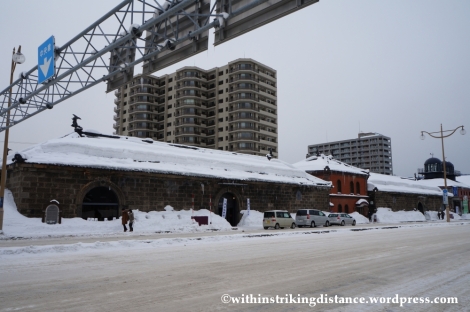 Inside is a small but very richly endowed museum outlining the history of Otaru. In particular, the town’s days as a port city and fishing hub are quite well highlighted.

There’s even a recreated street scene, complete with shops. 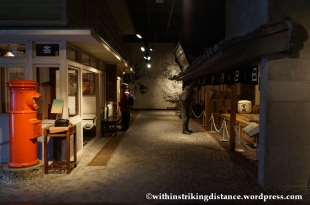 A central courtyard, open to the sky and half-buried in snow . . . 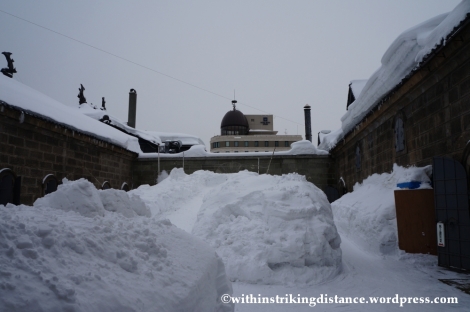 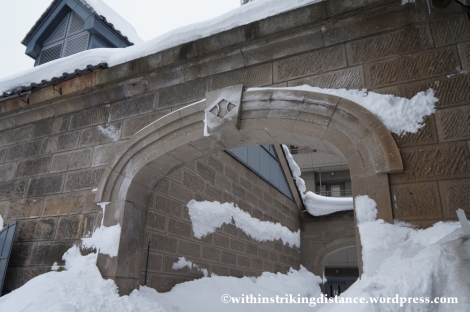 . . . gives us access to another building in the compound, this one hosting a rather well-designed little natural history museum that delves deeper into Otaru’s history (or should I say pre-history).

They’ve even got some interesting hands-on activities, such as this exhibit where visitors can try various prehistoric methods of starting a fire. No actual sparks will fly here, of course, but a temperature gauge will tell you if you’ve hit the right level of heat generation.

We’ve killed a fair bit of time at the museum, and by the time we return to the chilly outdoors the sun is well on its way to retiring for the night. Not quite gone, though – so we’ll get a chance to see the festival lamplighters at work along the Temiya Line festival venue.

Now I mentioned in a previous post that the scores of flickering lights which give the Yuki Akari no Michi its, well, akari, aren’t cheap little electric bulbs. Each tiny lamp holds a candle, a real one, and starts each evening by being hand-lit and lovingly set into place by one of the festival’s many staff members – all charged with the painstaking task of transforming this bleak wintry landscape into a star-spangled vision of beauty.

The lamps aren’t the only things that need tending. Every fresh snowfall, every drop of rain, every moment in the daytime sun leaves its mark upon the attractions and the maintenance crew are always hard at work clearing pathways, retouching ice sculptures, and doing whatever else it takes to keep everything in tip-top shape. Most visitors probably won’t even see them at their labours, since they do their work in the late afternoon whereas many people arrive after sunset when the candlelit pathways are at their most attractive.

We’ve seen in a previous post how beautiful this place looks after dark, but even with the skies still bright with what little sunlight remains, there’s no doubting that Otaru’s small, intimate winter festival is a splendid complement to Sapporo’s own massive, lively event. 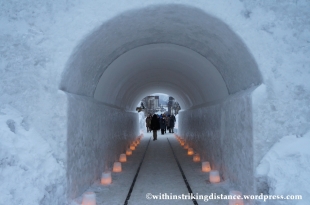 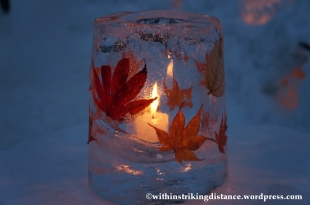 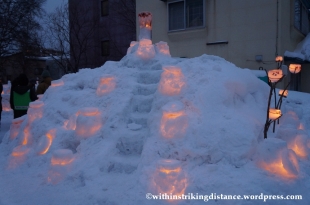 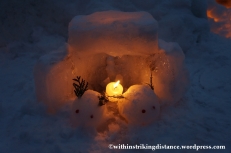 Local businesses are also keen to get in on the act. Take this little snow sculpture, for example . . .

. . . which proudly sports the motto of a well-known chain.

Speaking of which, fancy running into you all the way out here, Colonel.

And that’s it for Otaru. Back to Sapporo for a good night’s rest – and my last night on the wild, vast, heart-achingly beautiful island of Hokkaidō.

Green Cars don’t seem to be as widely deployed on JR Hokkaidō lines than on some other JR networks (especially for short intercity routes), but some trains do offer a bit more comfort than usual in their so-called “u-seat” carriages. These are compartments where all seats require prior reservations, which are of course free of charge for JR Pass users; just approach a ticket counter and book your place in the usual manner. And since they’re not considered Green Cars, even those travelling on ordinary passes can use them without having to pay an extra charge.

Let’s have a look-see. Our ride for this evening is a 721 series EMU with the service designation (Rapid) Airport 184, departing Otaru at 18:04 and arriving at Sapporo 18:36 (from where it will continue on to New Chitose Airport). 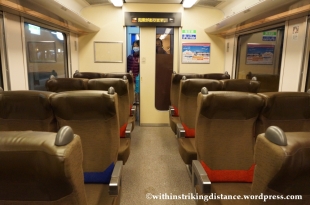 Note the handy luggage racks. No surprises there as this particular train sees service on suburban runs between Otaru and Sapporo’s main international airport.

Whilst on board, I cracked open a canned beverage – though not just any old tinned cola from a station vending machine. 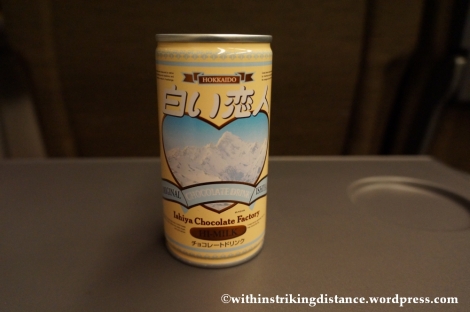 Confectionery giant Ishiya are famous for their uber popular Shiroi Koibito line of sweet cookies, but it was the first time I tried their chocolate drink. Quite good, quite good indeed: rich and velvety smooth, certainly a step above the usual watery swill one gets in cartons. If I had luggage space to spare (and I had precious little of that) I might have carted off a few six-packs for the home fridge.