With five sprawling royal residences scattered across their capital, a shortage of palaces was something the Joseon kings had no right to complain about.

In any case, their past extravagance is a boon for the tourists of today, who now have a rich buffet of historic structures to choose from and add to their itineraries.

Out of the five, I visited Gyeongbokgung and Changdeokgung earlier in this wintertime journey across Seoul. Time to add one more to the tally.

After my morning tour of Jongmyo, I headed for Changgyeonggung – a nearby palace complex located just to the north of the shrine compound.

Well, “nearby” and “just to the north” as the crow flies anyway. I’ve read that a passageway permits direct access between the shrine and the palace, but on this occasion I took the long way and massacred a fair bit of time before I found myself standing in front of Honghwamun, the main gate (here seen from inside the walls).

Like much of the palace, the gate first rose from the ground in the late 15th century, burned down to the ground during the Japanese invasion more than a century later, and came springing back up again in 1616.

Just inside this gate was the standard front yard of a Korean royal palace: a spacious colonnaded courtyard with a stream running through the middle.

Over the stone Okcheongyo bridge (a real antique at half a millennium old), and through the Myeongjeongmun gate . . . 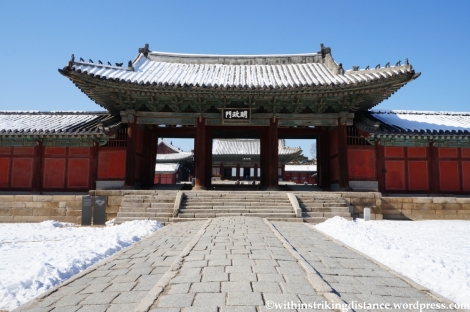 . . . I emerged onto a broad stone-paved plaza with the main hall, Myeongjeongjeon, standing directly across me.

Standing on either side of the central pathway are neat rows of marked stone tablets, which indicated where the different ranks of court officials had to stand during royal ceremonies.

Smaller it might be than the monstrous double-roofed throne rooms of Gyeongbokgung and Changdeokgung, but this building deserves a nod of respect from its larger brethren. Dating (in its present form) from 1616, Myeongjeongjeon is the oldest survivor amongst all of the main palace halls in Seoul. 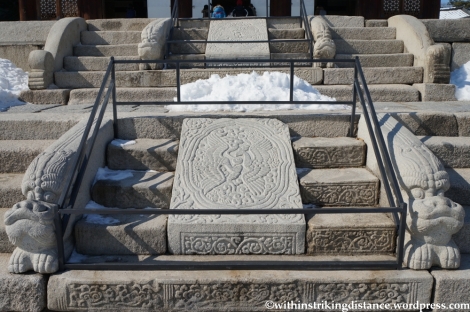 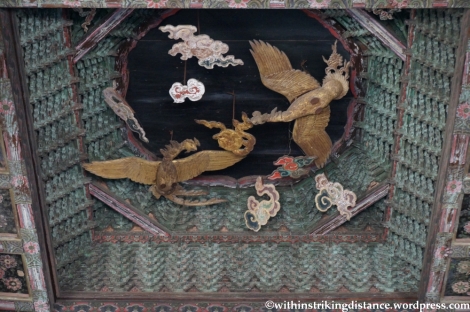 Despite its (comparatively) small size – indeed perhaps because of it – Changgyeonggung probably ranks as my favourite amongst the three palaces I visited in Seoul, and certainly seems the most photogenic. Gyeongbokgung and Changdeokgung were very impressive in their own way, but with large sections of both having been either rebuilt or retouched in recent years, so much of what I saw there looked too new, too fresh – almost artificially so. The rougher surfaces, weathered timbers, faded colours, and generally more intimate architecture of Changgyeonggung all gave the impression that this place had actually seen real use, making it easier to establish a connection with the generations of royals and their retinue who once lived and died within these walls.

Now let’s go for a walk around the private precincts of the palace. I’ll tone down the commentary for a little while, and let the structures and their peaceful surroundings speak for themselves. 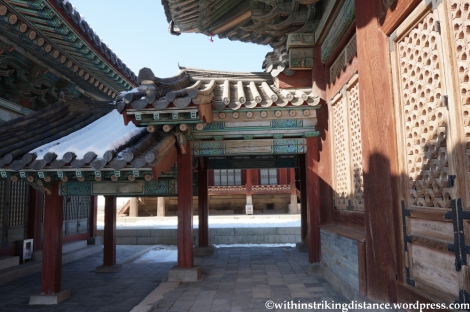 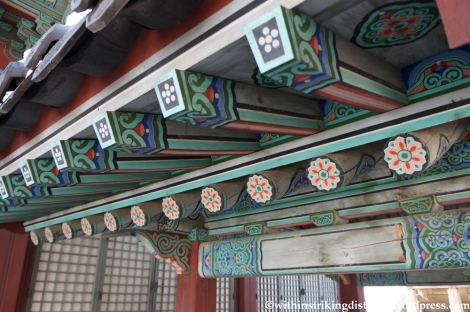 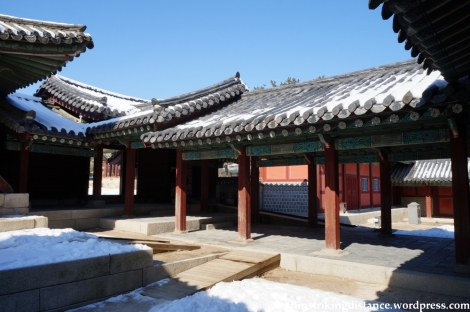 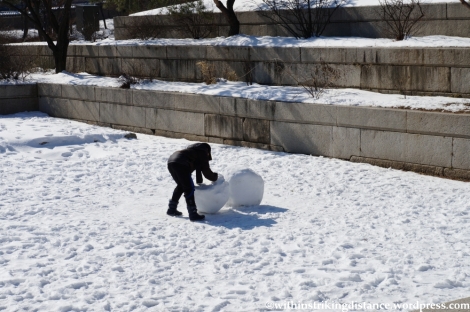 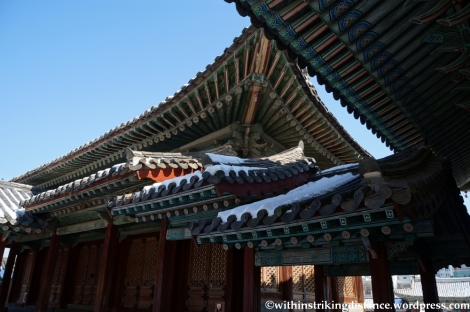 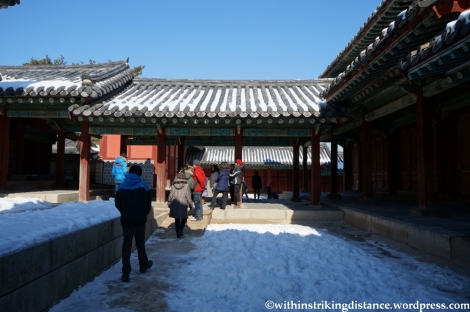 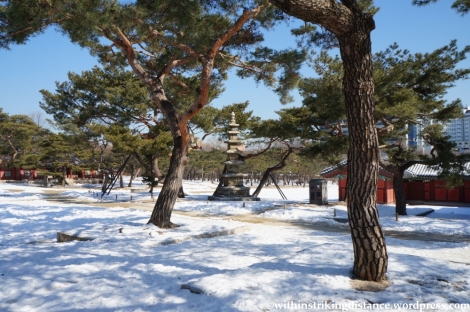 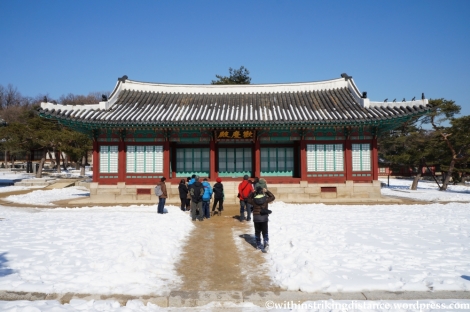 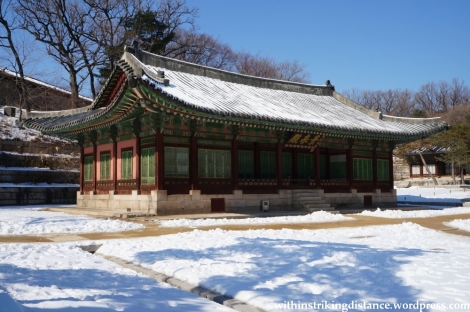 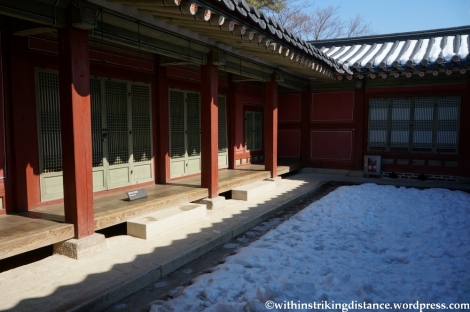 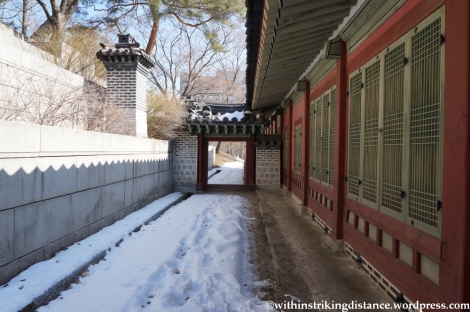 Next, let’s set out on a relaxing stroll through the palace’s sprawling garden. It’s worth bearing in mind, however, that much of the open ground we see today was once filled with buildings and courtyards – at least, until most of them were torn down under Japanese colonial rule. This nineteenth-century painting depicting Changdeokgung (on the left) and its next-door neighbour Changgyeonggung (on the right) gives a good impression of how tightly packed these palace compounds once were.

Hidden somewhere within the tranquil gardens is an ancient stone monument.

These carvings once marked the site of an underground chamber where the placenta of King Seongjong was buried. It was moved here when the Japanese wanted to turn the monument into a museum exhibit.

Close to the northern end of the palace compound stands a large greenhouse, built in 1909 and said to be the first structure of its kind in Korea. 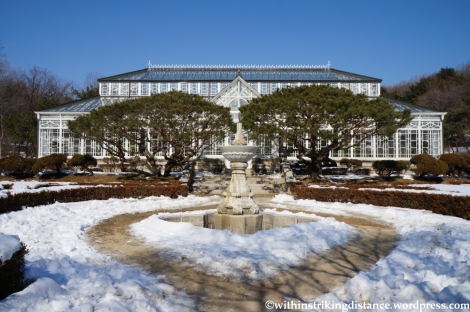 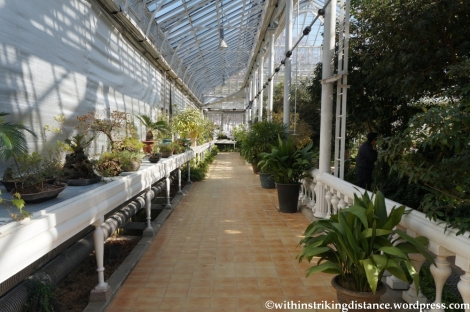 Ahh, that’s better – a bit of much-needed warmth in the midst of this freezing winter landscape.