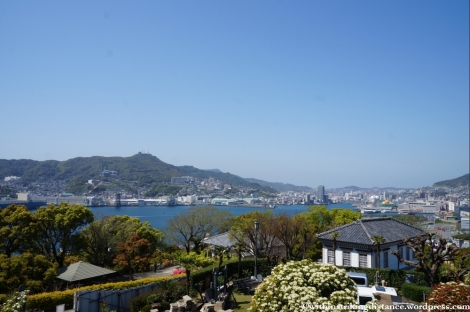 Where Diego climbs a hill, travels back in time, and goes for a stroll.

Third and final part of three.

From the Edo-period time capsule of Dejima, another tram journey will take us forward to the Meiji era. Our first stop is a hallowed corner of the city where one of the most intriguing encounters between Japan and the West took place.

Back onto the city’s streetcar network at the Dejima stop for a brief ride on Line 1, a quick transfer to Line 5 at Tsukimachi, and onto the streets again at the Ōura-Tenshudō-shita stop. Our destination: one of the most famous churches in Nagasaki, and perhaps in all of Japan.

The route to the church takes us on an uphill stroll through a rather picturesque – if somewhat touristy – stone-paved street lined with shops. 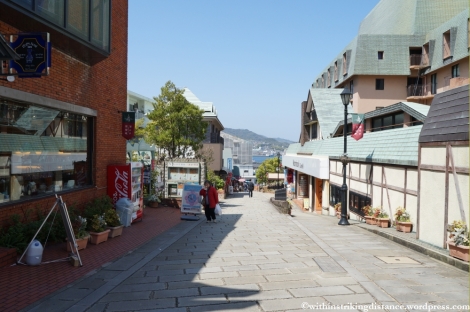 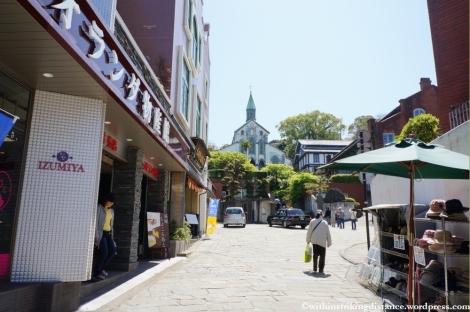 Perched on top of the hill at the end of the street is Ōura Church.

A wooden church was originally completed on this site around 1864, but the soaring Gothic structure we see today was constructed of brick in the late 1870s. It suffered some damage from the 1945 atomic bombing, but survived mostly intact due to its distance from the hypocentre. The church was first declared a National Treasure – the highest category in the hierarchy of Japan’s tangible cultural properties – in 1933, and again in the 1950s after a change in the governing law.

Step inside to admire the splendid altars, sacred art and stained glass windows. No images of the interior here, as I read somewhere that photography is forbidden inside the church. I’m not absolutely certain if that’s the case (racking my brains failed to produce any memory of a “no pictures” sign), but virtually everyone I saw had their cameras tucked away so it’s certainly possible.

Standing in the garden just outside the church is a monument to a fateful encounter between East and West, between Japanese locals and a Frenchman who – notwithstanding the different worlds they hailed from – were bound together by a common faith.

When the church was first built in the 1860s, Japan had opened up to world trade, but not in other respects – and certainly not in matters of religion. Japanese citizens were still officially banned from embracing Christianity and were therefore forbidden from entering the new place of worship, which was intended to serve the expatriate community. Still, the new landmark caused quite a stir amongst the area’s large population of hidden Christians, who have been practising the Catholic faith secretly for hundreds of years.

But for all the excitement, many were reluctant to act. What if this new church was not part of the one their ancestors had followed, fought for, and died for? Fortunately, those same ancestors had given helpful instructions that were passed down through the generations. Fr. Paul Glynn, S.M.’s excellent biography of Nagai Takashi, A Song for Nagasaki (which also contains a good overview of Japanese Christian history), relates one such dictum:

The Church will return to Japan, and you will know it from others that might come by three signs: the priests will be celibate, there will be a statue of Mary and it will obey Papa-sama in Rome.

Having learned that there was indeed a statue of the Blessed Mother in the church, and that the Frenchman who was in charge of the place lived without a wife, the brave women of the community – ignoring the concerns of their reluctant husbands – decided that they were going to see the priest no matter what. Never mind that they were also aware of the government notice outside the church prohibiting entry to Japanese, on pain of severe punishment; they had lived through hundreds of years of persecutions and were not about to be frightened off so easily.

On the 17th of March 1865, the small party of Urakami Christians quietly approached the church and hastened inside before the authorities detected their presence. A plaque erected in 1965 to commemorate the event describes what happened next:

A month later on March 17, about 14 residents of Urakami visited the church and approached Fr. Petitjean. One whispered, “Our heart is one with yours. Where is the statue of Santa-Maria?”

Thus did these people reveal the faith that they had treasured and transmitted through 300 years of fierce persecution. This declaration of faith by the Japanese Christians, unexampled in all of history, has won the acclaim of the entire world.

The authorities soon learned of the existence of these hidden Christians and more persecutions followed, including the one involving the town of Tsuwano which I visited previously. In due course, religious freedom was granted and the Catholic community of Japan found themselves at liberty to practise their faith openly – though the blood of many more martyrs would be spilt before the dawn of that blessed day.

Near the monument stands a statue of Fr. Petitjean . . . 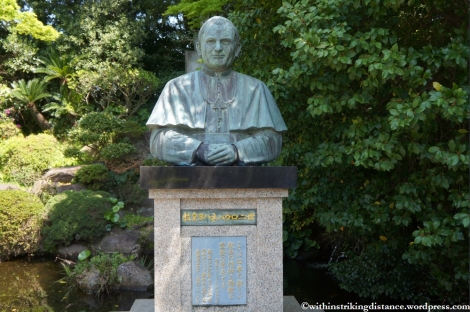 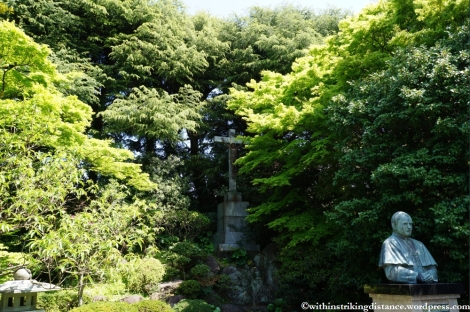 After spending some time inside the church, take a few moments to wander around the area and admire the old Western-style buildings that form part of the church compound. 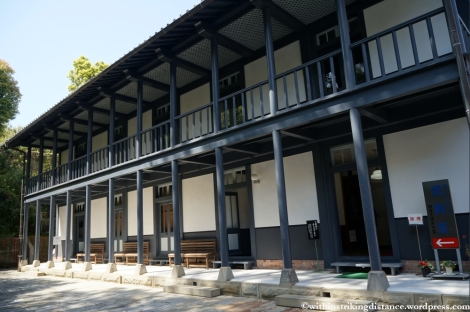 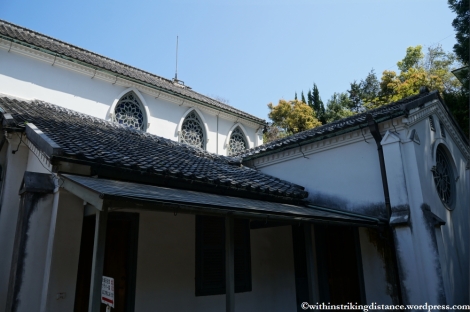 Very close to the church is another of Nagasaki’s top attractions, Glover Garden. This large, well-tended facility features not only a rich variety of plants but also several fine Meiji-era houses that were once used by Westerners. The houses can be entered and in many cases still include some fully furnished rooms that give an impression of what life was like for prosperous expatriate families in Japan during the late 19th century.

And then there are the views. Oh, the views! 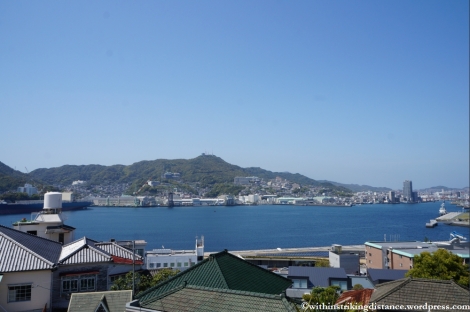 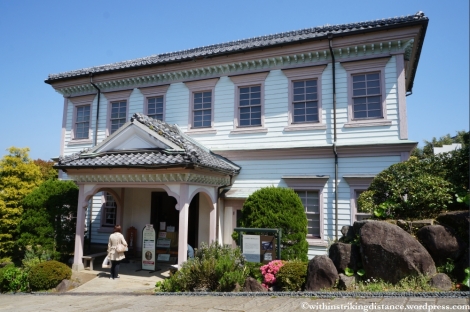 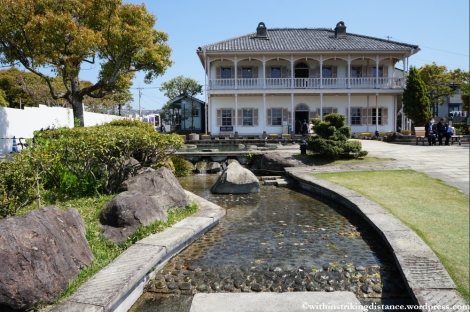 With that, our time in Nagasaki draws to a close. Next on our itinerary: Kumamoto and Fukuoka.