Where Diego climbs a hill, travels back in time, and goes for a stroll.

Having just witnessed the martyrdoms of the late 16th century that heralded Japan’s march into isolation, let’s step forward in time a few years and see how the country – now under the control of the Tokugawa shogunate – managed to have its cake and eat it too: that is, how it shut itself off from the outside world whilst maintaining a sliver of profitable contact with those it saw fit to trade with.

From the streetcar stop in front of Nagasaki Station, a Line 1 tram takes us southwards to one of Nagasaki’s most well-known historic sites: the former island of Dejima.

During Japan’s long period of isolation, Dejima served as the country’s only officially sanctioned point of regular contact with the Western world. The island was used as a trading post by the Dutch from the 17th to the 19th centuries, until the forcible opening of Japan in the 1850s rendered the once-secure facility obsolete. Over the next few decades, land reclamation in Nagasaki harbour and the rerouting of a nearby river led to the former island being integrated into the city proper, and by 1904 there was virtually no sign that this area had once been surrounded by the sea.

In 1996, construction work began as part of an ambitious 3-stage plan to rebuild exact replicas of many of the former island’s structures just as they were in the Edo period. More information on the restoration plan can be found here, although the website appears to be very out of date. Based on what I saw during my visit, Stage 1 is already complete, and a large area of excavation work in the centre of the former island suggests that Stage 2 is now well under way.

Ultimately, plans call for the complete restoration of the island by digging canals all around – an enormous undertaking that would require rerouting a river and a major highway. I’m certainly looking forward to that!

But for the moment, what’s been currently achieved is impressive enough. Let’s have a walk around town and see more. 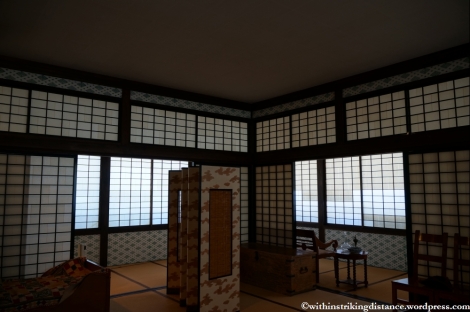 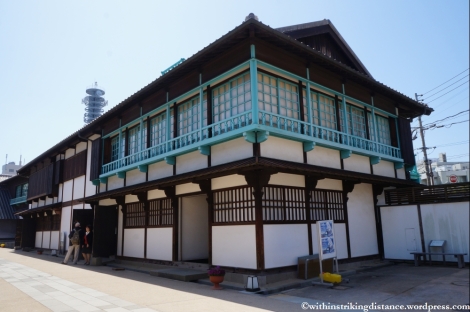 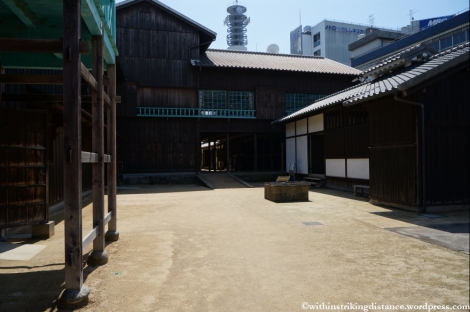 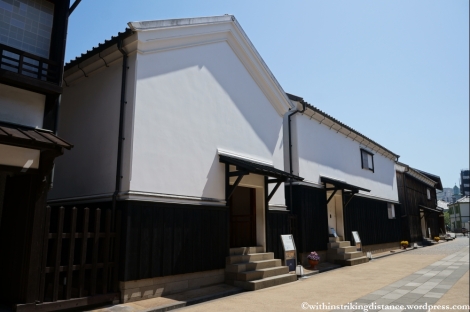 I’m no expert on Dejima, but the recreated buildings look very authentic indeed, and the restorers were careful to extend the same attention to detail both inside and out. It’s very interesting to see hints of Japanese influence on these otherwise mainly Western structures, perhaps presaging the eclectic mix of styles that came into vogue during the Meiji period when the whole country opened up to the outside world.

As we’ve seen above, the interiors of several major buildings can be visited, with the lower floors of a couple of them devoted to special exhibits (including some hands-on displays) about the island and its rich history.

Further down the road, we come to an area where a number of buildings from the 19th century actually managed to survive intact. On the right side of the first picture below, one can see an area of excavated ground where I anticipate Stage 2 of the short-term restoration plan will see the recreation of even more structures from the former trading post’s heyday. 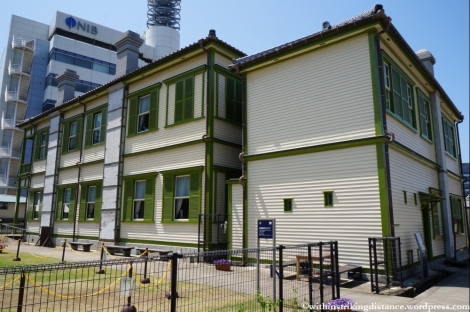 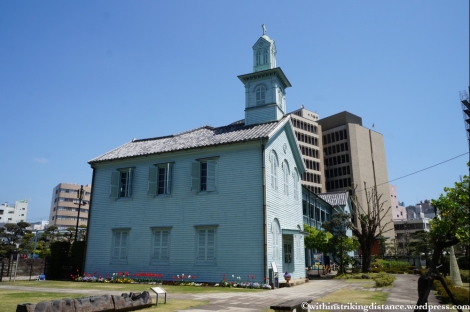 On our way back to the gate, turn around and have another look down the street. Mentally edit out the modern buildings in the background and picture yourself as a foreigner in early 19th-century Japan, standing in the only place in the country where the West was permitted to maintain a footing. (It’s a pity Dejima closes at 6 PM – could be mistaken but that’s what I know – since the vista at night might be even more eerily authentic.)

From here, another streetcar journey will take us forward in time, to the tumultuous days of the mid- to late-19th century when Japan’s gates were forced open and the outside world was finally allowed through.