Where Diego refreshes himself with a leisurely garden stroll and storms a black-walled castle.

After returning from Takahashi, I found the weather in Okayama much improved. The time felt right to visit the city’s famed Kōrakuen, a splendid Edo-period garden laid out more than 300 years ago and numbered among Japan’s so-called Three Famous Gardens.

The garden is an easy +/- half-hour walk along fairly level streets from Okayama Station, but the time and effort required can be reduced by taking a tram or bus closer to the site. I settled on the tram, got off at the Shiroshita stop, and enjoyed a pleasant stroll (read: well nigh lost myself) among some of the city’s backstreets before finding the bridge that led straight to the main entrance.

After paying my way through the entrance, I began my pleasant afternoon walk around the grounds. 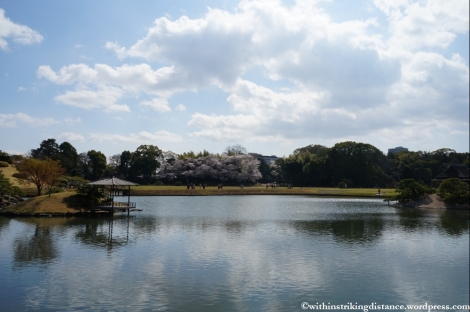 There was a small but beautiful grove of sakura on the grounds, where some locals were enjoying hanami parties.

Now for the rest of the grounds – and believe me, there was a lot of ground to cover. 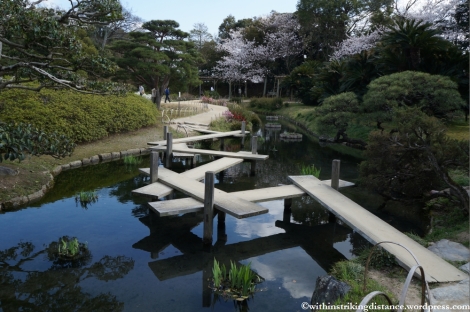 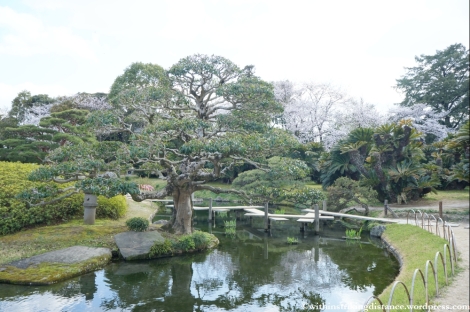 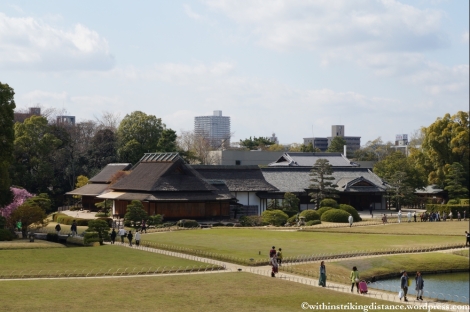 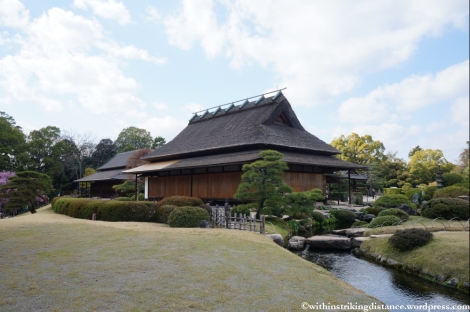 One of the garden’s exits led me to a bridge that terminated near the foot of the city’s other famous attraction: Okayama Castle. Originally constructed in the late 16th century, the castle tower was destroyed by Allied bombing during the Second World War and rebuilt in concrete two decades later. The inside houses a museum and looks rather disappointingly modern, but the outside was apparently done very accurately and looks quite impressive. 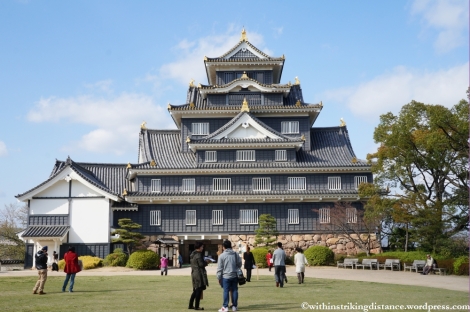