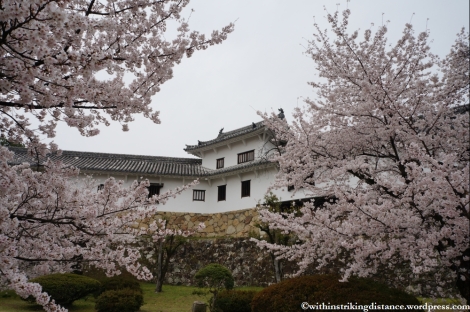 Where Diego gets his first taste of this year’s hanami season.

After arriving in Japan via KIX, I turned in an exchange order (purchased at home of course) for a 14-day Japan Rail Pass. A Green JR Pass this time around, as out of curiosity – and to add to the travel experience – I wanted to try roaming around the country in first-class carriages (known in the JR network as “Green Cars”). Note to prospective visitors, though: rest assured that even regular cars are usually more than adequate (I’ve only ever used them on my previous trips to Japan), so if you’re looking to shave a little bit off your budget, apply for an ordinary pass instead.

At the airport railway station, I went down to the assigned platform for JR West’s Haruka train. This limited express service goes all the way to Kyōto, but I only took it as far as Shin-Ōsaka where I transferred to the shinkansen en route to my first base of operations: Okayama. 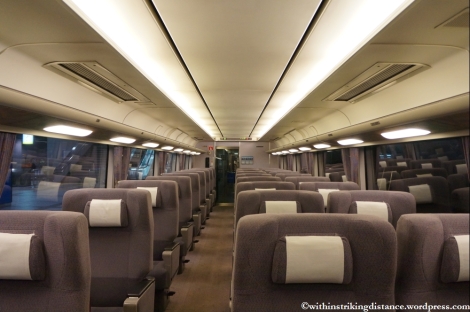 At Shin-Ōsaka, I transferred to the Sakura shinkansen service, which used a train similar to the one in the first picture below. The second picture shows the inside of the Green Car.

The route from KIX to Okayama.

It was too early for check-in, so I left my larger bags at my Okayama hotel and gave some thought as to how I was going to spend my day. I’d already sketched out an itinerary, but the rain was pouring quite heavily – so much so that I could easily have called it a day. Under the circumstances, I could have just found myself a sheltered spot somewhere in the city to rest up, before spending the night at the hotel and trying again the next morning.

Still, I didn’t want to lose an entire day to the weather, so I quickly settled on a side trip to the nearby town of Kurashiki, famed for its historic canal area.

Not too many pictures from there, thanks to the heavy rain. It may not be obvious from my shots but it was really coming down, and my camera was at risk (not a proper outdoor model); it was all I could do to snap a few images from under the shelter of my umbrella before packing the thing away.

There were several museums and other attractions in the area, but the weather (and my severe lack of sleep) meant that I was in no mood to linger. I beat a hasty retreat to Okayama.

At this point I still had a lot of daylight left, and with my JR Pass I could go pretty much anywhere I wished at no extra cost. On the spur of the moment, I was inspired to take a quick side-trip by shinkansen to the famous castle town of Himeji.

I visited the city’s extraordinary landmark Himeji Castle on my first trip to Japan (back in 2009), before the main tower was covered up for restoration work. The job won’t be finished for another couple of years or so, but as I had time to kill I decided to drop by to see how things were progressing.

I’m sure glad I did. Not only was the restoration project interesting to see, but at the time the idea occurred to me, I didn’t fully appreciate the fact that Himeji Castle and its grounds are a prime hanami spot. Seeing all those cherry trees at or around full bloom became an unexpected – and much appreciated – surprise.

Here are some pictures from that side trip, including a few taken from within the massive scaffolding surrounding the main tower (open to the public for an extra fee). For a more detailed commentary on what to see inside the castle – and to see what the tower looked like before it went under the cage – check out this post describing my 2009 visit. 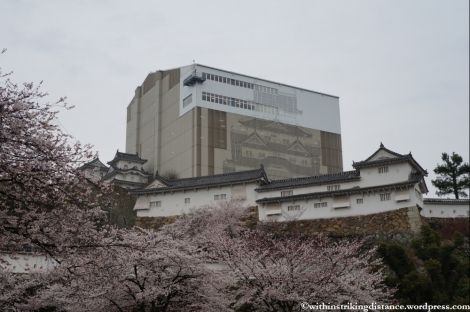 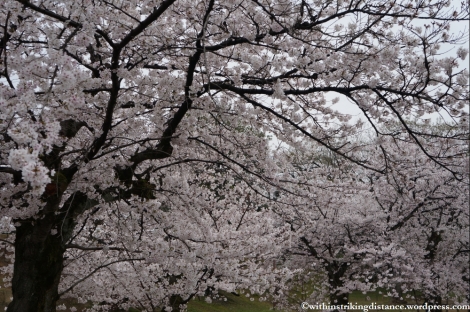 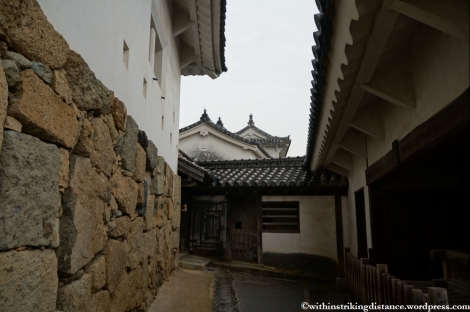 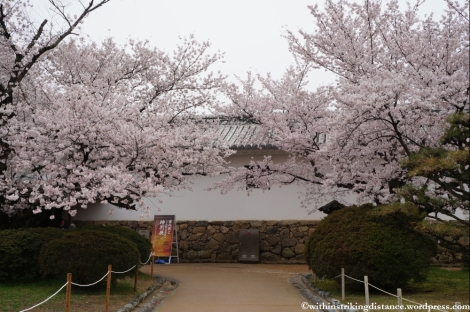 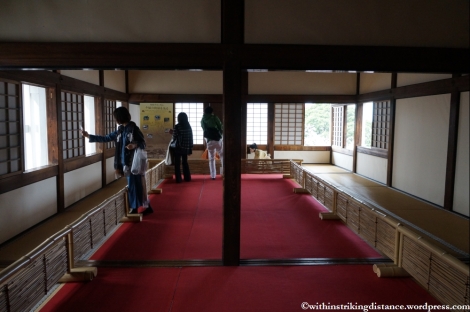