In this report, we’ll explore two options for travelling by train between Nagoya and the Ise-Shima area: one operated by Kintetsu Railway, the other by Japan Railways.

Note: The information and photographs presented here are drawn from two rail journeys taken on 26 November 2018. Fares, schedules, equipment type and other details are subject to change without notice.

Ise-Shima (伊勢志摩). The Shima Peninsula (志摩半島, Shima-hantō). The Ise-Shima National Park (伊勢志摩国立公園, Ise-Shima Kokuritsu Kōen). A place with many names and many attractions, including Japan’s most sacred Shintō shrines. We’ll have a closer look at some of Ise-Shima’s key landmarks in other posts – for now, let’s focus on how to travel between there and Nagoya, the nearest major urban centre.

Ise-Shima is served by both Kintetsu Railway (Kintetsu) and Japan Railways (JR), specifically JR Central. Their lines don’t perfectly coincide, and only Kintetsu runs services beyond Toba (going as far south as Ago Bay). However, travellers focussing on the area between Ise and Toba – where many of the region’s major attractions are located – may find enough of an overlap to consider one operator a viable alternative of the other.

For my own day trip to Ise-Shima from Nagoya this past November, I chose Kintetsu for the outbound journey and JR for the return.

Compared with the massive JR-run facility next door, Kintetsu Nagoya Station is a very compact affair – though conditions aren’t quite as claustrophobic here as in the even smaller Meitetsu station nearby. 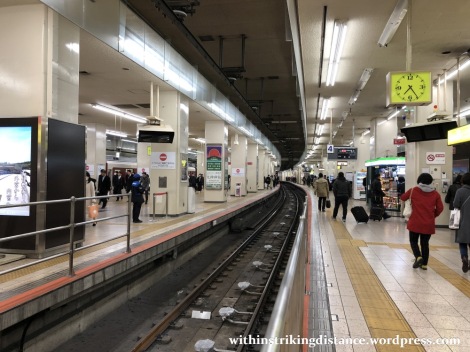 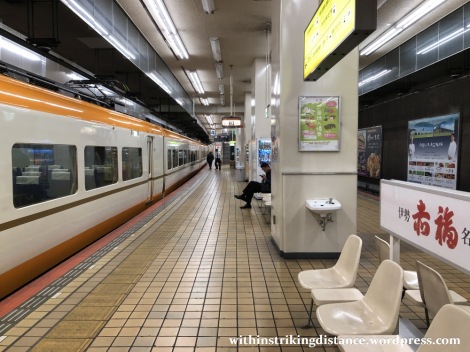 I paid 2,770 yen to ride one of Kintetsu’s limited express services from Nagoya to Ise-shi, with an expected journey time of 83 minutes and no train changes required. Note that Kintetsu is a non-JR company; hence, the Japan Rail Pass is not valid for Kintetsu train services. 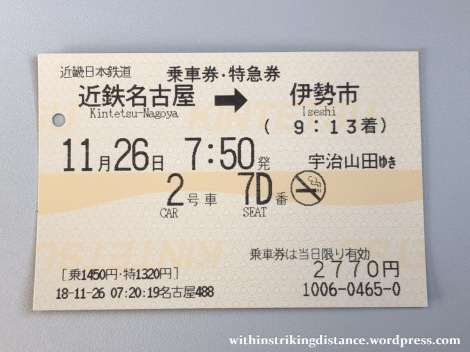 Normal express trains are cheaper (1,450 yen) but are also slower, taking an additional 15-50 minutes depending on connections. Except for hourly direct services, at least one transfer – usually at Ise-Nakagawa Station – may be needed to complete the journey.

And here’s my ride.

Ise-shi Station – served by both Kintetsu and JR – is a convenient stop if you’re heading for the two compounds that comprise the Ise Grand Shrine (伊勢神宮, Ise-jingū). 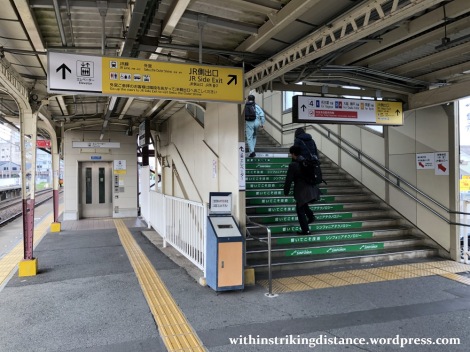 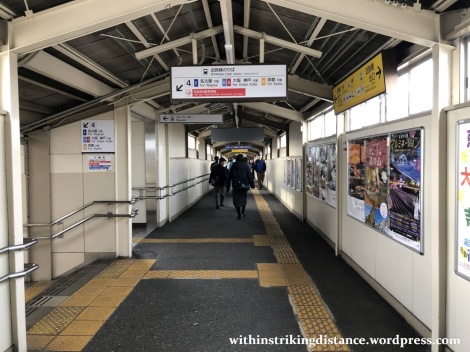 Gekū (the “outer shrine”) is within walking distance of the station, although one will need to cross over from the Kintetsu section to the JR side in order to reach the nearest exit.

Naikū (the “inner shrine”) is located about 4 kilometres southeast of Gekū, with buses offering regular connections either from Gekū itself or Ise-shi Station. The bus network can also take you further east into the Ise-Shima region, offering an alternative to the Kintetsu or JR train lines.

The fastest JR link is the Mie rapid service, which takes about 90 minutes to cover the distance between Nagoya and Ise-shi. The ride costs 2,000 yen for a non-reserved seat, whilst a reserved seat will set you back an extra 520 yen.

Bear in mind that if you’re using a Japan Rail Pass, you’ll need to pay an extra 510 yen because the Mie uses non-JR tracks for part of its journey. Just show your pass to the conductor when he approaches your seat and pay the additional charge on the spot.

Unlike the Kintetsu line, which swings inland after Ise-shi and cuts through the mountains, the JR line angles north towards the sea as it marches east before meeting the Kintetsu line again near Toba. This puts JR trains within striking distance of two key attractions on the coast – the famed Meoto Iwa (“wedded rocks”) and the Meiji-era Hinjitsukan guesthouse – via Futaminoura Station.

After visiting Gekū and Naikū, I took a bus to the Meoto Iwa and continued on foot to the Hinjitsukan. Sightseeing done, my thoughts turned to the homeward journey.

I decided to catch the Mie rapid service at Futaminoura and ride it straight back to Nagoya, rather than take a bus back to Ise-shi and then connect to the Mie there. Note that the base fare is a little higher from here (2,170 yen) since it’s further away from Nagoya than Ise-shi, although the reserved seat fee is the same (520 yen). 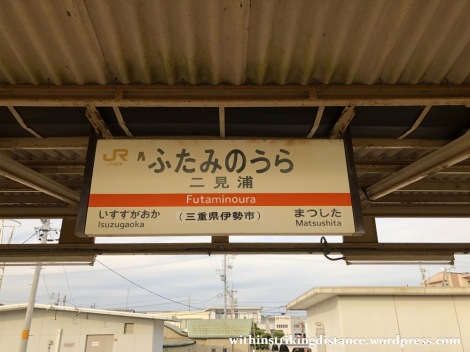 Smaller and quieter than Ise-shi, with one crucial advantage: less competition for seats from fellow tourists. 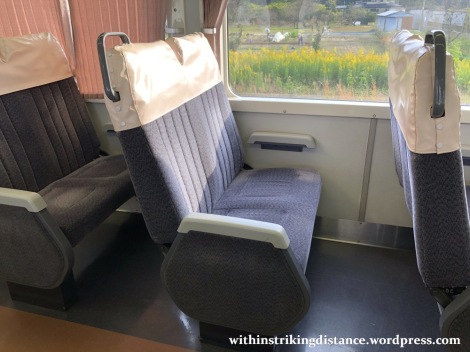 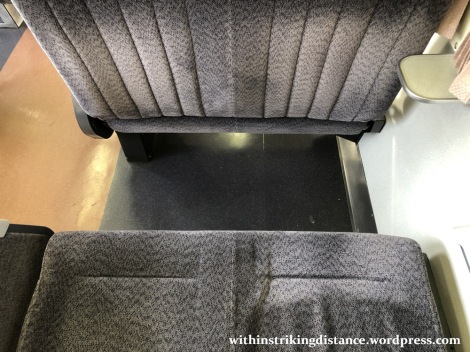 The Mie will also stop at Ise-shi Station en route to/from Nagoya, so you can also connect to the train there if it fits your travel plans better.

A JR journey will terminate at – or begin from – the JR-operated Nagoya Station (名古屋駅, Nagoya-eki). As I’ve mentioned earlier, it’s located in the same complex as several other “Nagoya” stations run by different railway companies (including Kintetsu), so mind where you are and whose train you’re travelling on!

And there we have it. Easy as pie, with a particularly worthwhile day trip destination as one’s sweet reward.

2 responses to “Rail Report: Travelling by Train between Nagoya and Ise-Shima, Japan”