Another short and sweet snapshot post, just to tide us over until the next proper field report. Today, let’s have a look at one of my favourite hangouts in Kyōto … which, surprise surprise, happens to be a museum.

Right, let’s keep things brief – this is just a snapshot post, after all. If you’re in pursuit of further details, the museum’s official site will have most of the essentials, and the ever-helpful Japan Guide has a tourist-friendly summary (including details on how to get there).

For this entry, it suffices to mention that the Kyōto National Museum (京都国立博物館, Kyōto Kokuritsu Hakubutsukan) is a veritable treasure house of Japanese history and culture. The original main building, a Neo-Renaissance edifice completed in 1895 and an officially designated Important Cultural Property in its own right, is now reserved for special exhibitions…

…or at least it was, until they closed it for major renovations.

Let’s have one more shot – I snapped this as I was heading home. The skies were overcast for much of the day, but the sun broke through at one point and lit up the entire building in a rich, golden afternoon glow.

Until this fine old structure returns to active duty, the museum’s collections are all gathered up in the Heisei Chishinkan, a striking piece of modern architecture that opened in 2014. 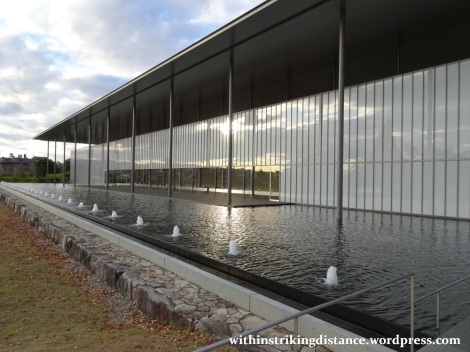 During this particular visit, the museum was showcasing a special temporary exhibition titled Sakamoto Ryōma: Japan’s Favourite Hero. The Meiji Restoration is one of several periods of Japanese history that I’ve got a particular interest in, so the timing of my visit was very fortunate indeed.

Sadly, photography is forbidden inside the main exhibition halls – a pity as they’d put some really fantastic stuff on display. (The best artefact of all is a painting that was hanging in the very same room that Sakamoto Ryōma was assassinated in; it’s even got traces of his blood splattered along the lower edge.) All I’ve got to show is this set-up in the museum lobby. 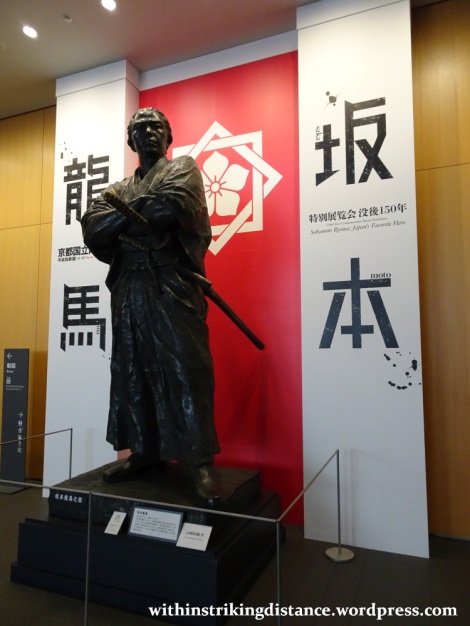 Oh, and I also managed to take a portrait of the museum’s official mascot, Torarin, who was appropriately garbed in Ryōma-style attire.

And that’s that for that. Cheerio.