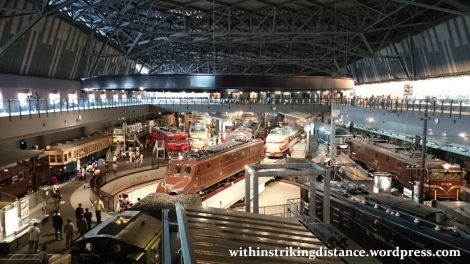 Diego travels to a major transportation museum just north of Tōkyō, where the exhibits are bound to leave train enthusiasts feeling as giddy as kids in a toy store.

Since its opening in 2007 – just a few months after JR East‘s 20th anniversary – the Railway Museum (鉄道博物館, Tetsudō Hakubutsukan) has been welcoming railfans of all ages through its doors, treating them to a massive range of displays and interactive exhibits tracing the long history of trains in Japan. As a self-confessed trainspotter with a particular interest in Japanese rolling stock, I couldn’t very well ignore the museum’s presence so tantalisingly close to Tōkyō, so I made sure to allocate a good few hours to enjoy this one-of-a-kind transport paradise.

Well, perhaps not so one-of-a-kind. Nagoya has its massive SCMAGLEV and Railway Park (run by JR Central), and Kyōto very recently celebrated the opening of its own Railway Museum (maintained by JR West). Then again, since these facilities are run by different members of the Japan Railways group – the constituents of which have been managed independently since 1987 – certain elements of the narrative employed by each museum will naturally emphasise the equipment and operations of its own parent company.

Bottom line: if you’re a railfan, simply go to all three and enjoy each for its own merits. This is something I fully intend to do, with the brand new Kyōto museum being the only one I’ve yet to visit (pencilled in for my next trip to Japan in autumn 2016).

A half-hour train ride from downtown Tōkyō to Ōmiya Station in the city of Saitama, followed by a two-minute hop on the New Shuttle to Tetsudō-Hakubutsukan Station, brought me to the museum’s main entrance. 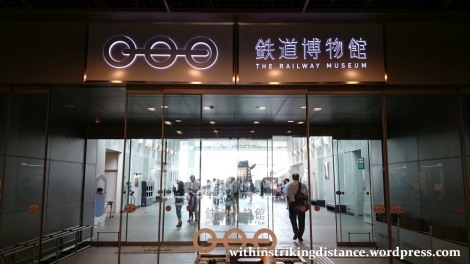 The central hall is a cavernous space filled with trains from different eras of Japan’s railway history, ranging from early steam locomotives to high-speed shinkansen units. Several of the carriages can be entered by visitors, and even those that aren’t can be admired from up close. 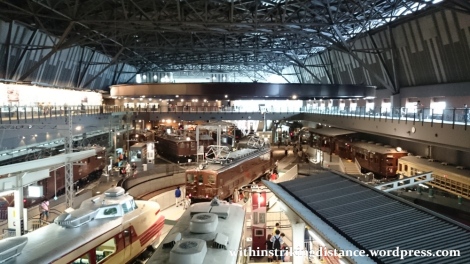 As with JR Central’s Nagoya museum, this JR East facility has the usual range of supplementary exhibits, including simulators… 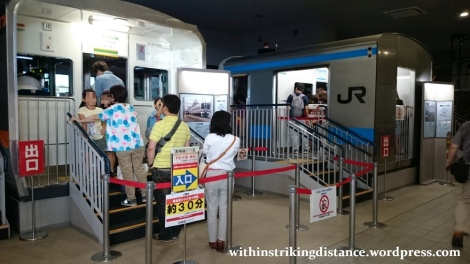 … and a sprawling diorama featuring model trains chugging along an intricate network of rails spread across a miniature urban landscape.

One can well imagine train modelling hobbyists gazing into the diorama’s maintenance room with eyes agog, staring at the chap whose role probably best fits their idea of the ultimate dream job. 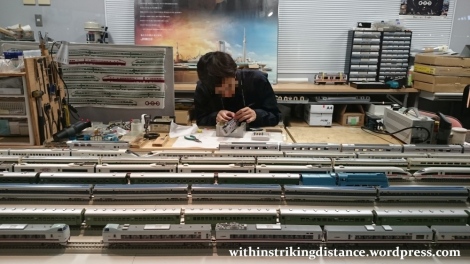 I won’t dwell much upon individual exhibits here, but there were a couple of things that caught my attention in a special way. One of them is a Class Maite 39 passenger carriage from 1930, decked out in lavish traditional style to serve as an observation car for first-class passengers on the Fuji service.

I say, they really don’t build ’em like this anymore.

Along one side of the main hall, carefully preserved in their own glass-sealed room, are six very lavishly appointed carriages from the Meiji and Taishō eras, all designed for use by the Imperial Family. With gilded fittings, delicate traditional artwork, and walls hung in rich damask – not to mention their illustrious former occupants – these train cars are perhaps the very definition of a “palace on wheels”. 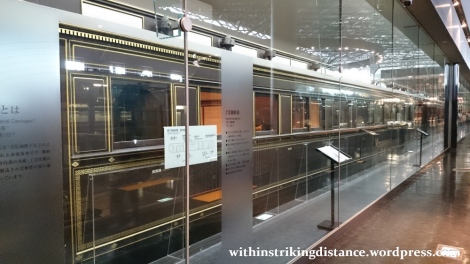 Visitors can’t enter these particular carriages, of course – their age and historic value make them obvious candidates for hermetic, hands-off preservation – but one can peer into them from the outside, although the reflective glass walls made taking good pictures of the interiors next to impossible. (Fortunately, the gift shop had a richly illustrated book about the Imperial trains that thoroughly documents their stately insides.)

I began to feel quite hungry in the midst of all this exhibit hopping, so I headed for an outside food stand on the museum grounds to buy lunch. There are restaurants inside the main hall itself, but I found the dining arrangements outside far more appealing…

…mainly because one gets to eat inside an actual train. In this case, a parked 183 series EMU sporting an Azusa service sign. 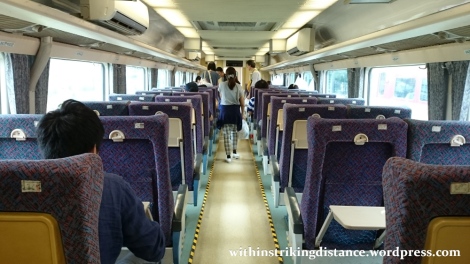 I took an empty window seat, unlatched the tray table, unpacked the ekiben I’d purchased earlier, and enjoyed a simple meal in a rather special setting.

Note that the museum is undergoing major renovation and expansion work from this year until around 2018, so some of the facilities I’ve described above might not be fully available at this time. That said, I’m eagerly looking forward to the results of those renewal efforts, and will no doubt be paying a return visit sometime in the next few years.