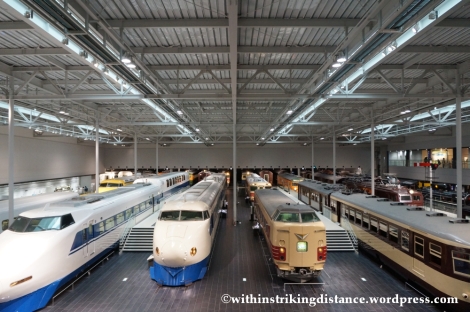 Never mind the date – romance was probably the furthest thing from the minds of thousands of commuters across Japan on this snowy St. Valentine’s Day morning.

I wasn’t immune from the trouble caused by this raft of snowstorms (as we’ll see later and tomorrow), but I did manage to escape the worst of it – for a few hours at least – by taking shelter in what may well be the finest railway museum in the entire country.

At Nagoya Station, I boarded an Aonami Line train and rode it all the way to the last stop, Kinjō-Futō Station.

From there, a short walk brought me to the front doors of the SCMAGLEV and Railway Park.

Set up by JR Central, this enormous, (mostly) indoor facility is one of THE best places in Japan to visit if you’re a railway enthusiast in need of a massive choo-choo fix.

1000 yen gets you through the turnstiles and into the first exhibition room, which features three train cars – each highlighting a different era in the long history of Japan’s railway technology. A Class 62 steam locomotive, representing the past . . .

. . . and heralding the future, the MLX01-1 Superconducting Magnetically Levitated Vehicle: an experimental train that played a key part in the development of the maglev technology that will eventually power the planned ultra-high-speed Chūō Shinkansen.

Impressive, but this is just a small taste of what’s to come. Beyond this entrance hall sits a far larger space . . .

. . . where locomotives and train cars are lined up in neat rows, doors thrown wide open (in many cases at least) and ready to receive the many knowledge-hungry railway enthusiasts who pass through this facility each day.

Here are just some of the exhibits displayed in the main hall. Amongst them are several models of shinkansen train, including the 0 series (complete with dining car – something one doesn’t see on a lot of trains these days). 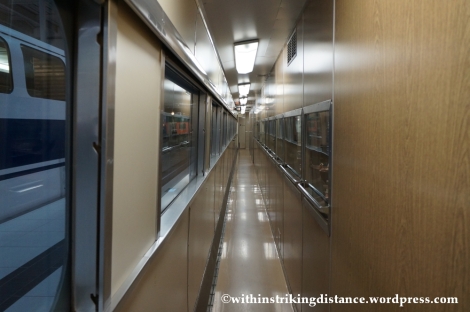 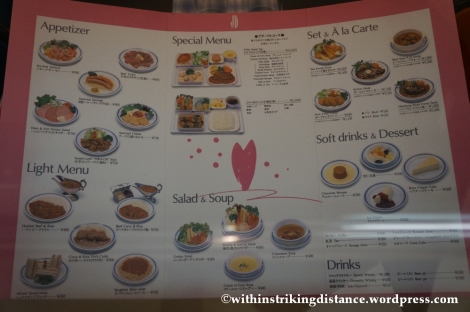 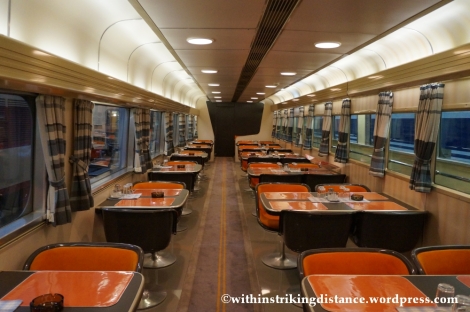 The 100 series, with an interesting bi-level restaurant car. 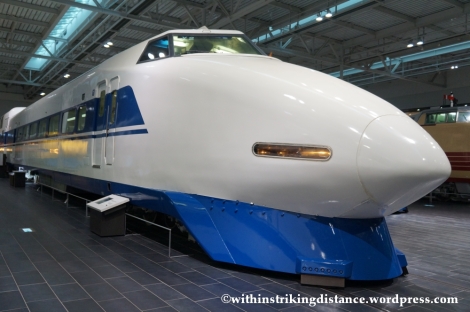 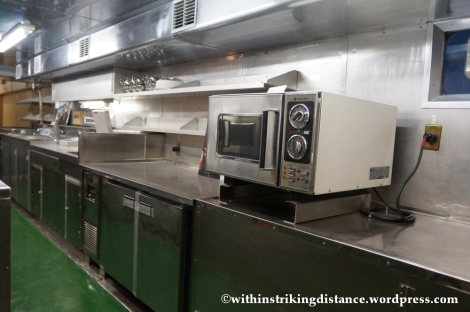 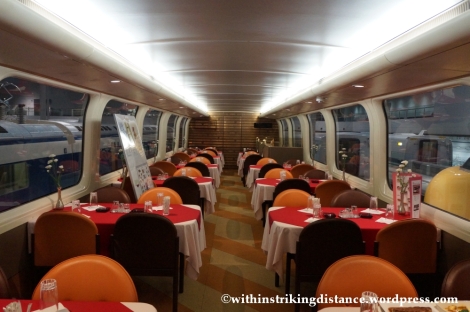 The 300 series, which first entered active service in 1992 and whose redesigned front end was a major departure from the classic “bullet” or aeroplane-like nose profile of previous generations.

And rounding off the bullet-train collection, the relatively recent 700 series – many examples of which are still in active service. 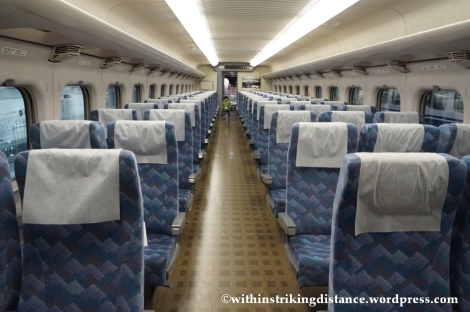 They’ve also got an older version of JR’s Doctor Yellow train – a special diagnostic car painted bright yellow (hence the name) and fitted with instruments designed to test line equipment along the nation’s high-speed railways. This particular one is based on the standard 0 Series Shinkansen. 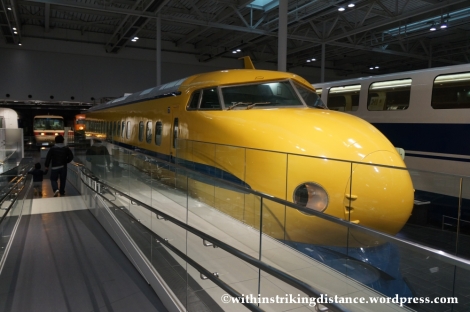 Of course, there are many other trains here that aren’t part of the shinkansen class, but played an equally important role in the development of Japan’s extensive railway network. I’ll leave out detailed descriptions for now (even as I type this, I’m actually rushing to catch a flight to Japan for my 6th trip there – woohoo!); I’ll probably just come back and add more details to this post in due course. For the moment, please enjoy the pictures. 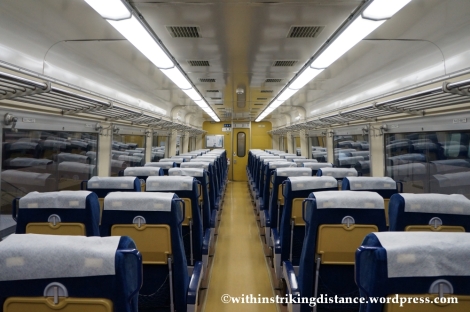 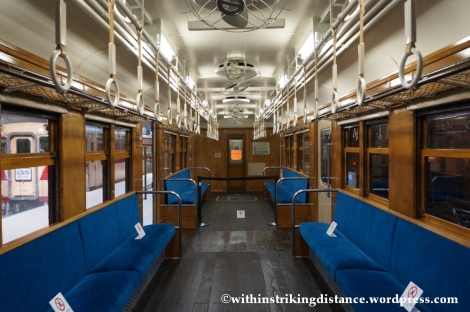 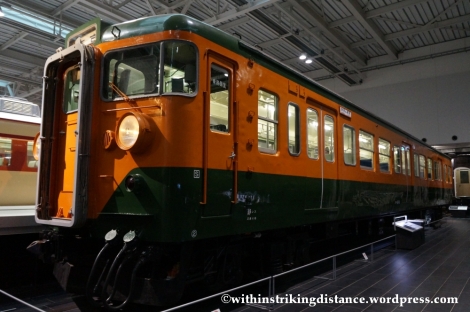 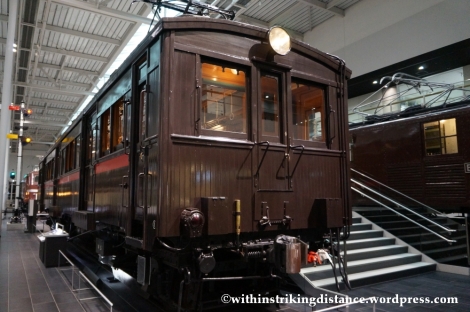 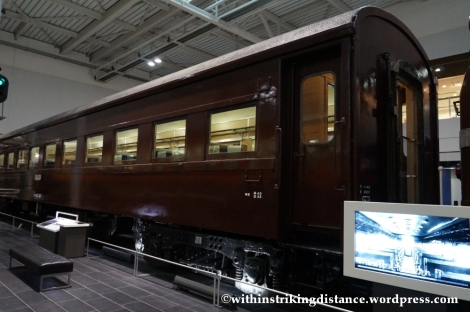 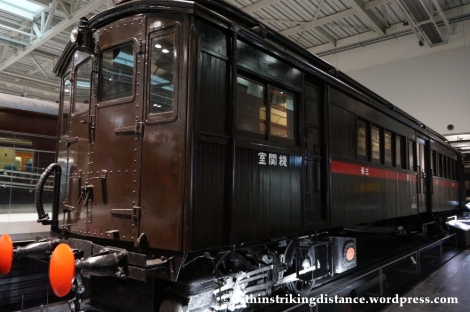 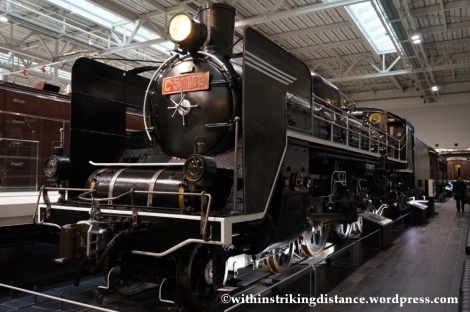 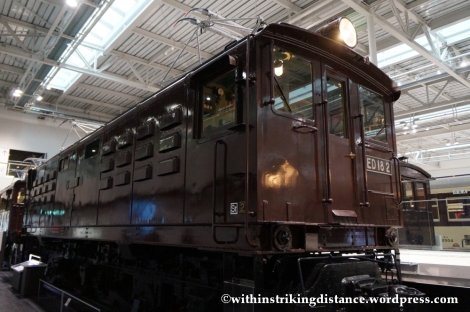 Well, we’ve seen a lot of massive trains today. Now for a lot of tiny ones.

In a spacious room next to the exhibition hall stands what may well be one of the most detailed model train sets you’re likely to see for a long time. The museum certainly seems to take confidence in this exhibit, calling it the “Greatest Railway Diorama Room”.

A hollow claim? Judge for yourselves, my friends. 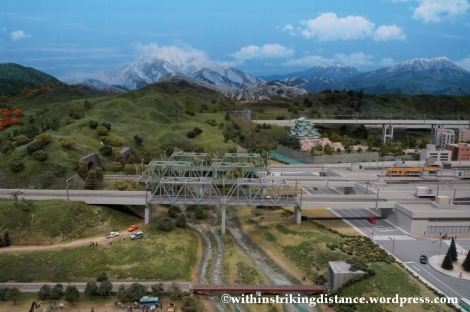 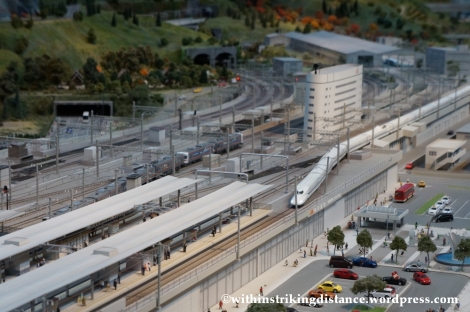 The amount of detail that’s gone into this monster is quite staggering – and I’m not just referring to the miniature copies of famous landmarks strung along the route. In fact, some of the most amusing scenes are those depicting events and activities that one might not normally expect to merit reproduction in reduced form, such as a rock concert (note how the crowd realistically thins out towards the back and is packed solid closer to the stage) . . .

. . . or – my personal favourite – a depiction of the classic Japanese folktale of Urashima Tarō, appropriately set underwater in a part of the diorama bordering the sea.

Now for some fun. How would you like to be a train driver for a day? (Or at least a few minutes?)

But we’re not talking about just any train. In a darkened room off to one side of the main exhibit area . . .

. . . is a full-scale driving simulator for the N700, the most advanced class of train currently running on the Tōkaidō Shinkansen line between Tōkyō and Ōsaka.

It’s a popular attraction, so to keep things organised the museum runs a lottery (4 times a day) to determine who gets to try their hand at piloting this high-tech beast. Eager to join the draw, I slipped the stub that came with my entrance ticket into the appropriate drop box near the lobby – just before I entered the exhibition areas – and kept my ears pricked for the announcement of the first batch. (There’s more than one type of simulator so make sure you drop the stub into the right box!)

When word came, I marched over to one of the LCD screens where the results of the drawing were put on display. Lo and behold, my ticket number was there! 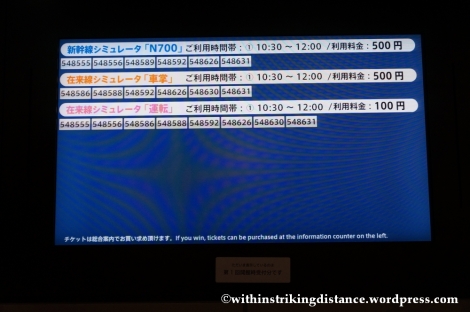 To secure their slot, a winner needs to pay an additional fee of 500 yen at a ticket counter within the exhibition area (note that this is on top of the entrance fee paid at the main lobby). Once that’s done, just sit tight – or wander around if time permits – and wait for your scheduled turn as indicated on the ticket provided.

I entered the simulator room and was greeted by a crisply uniformed JR employee who spoke quite decent English. He led me to the driver’s chair and introduced me to the controls, gauges, and various other whatsits mounted on the dashboard.

He also asked me to choose a difficulty setting, the highest of which is probably the closest one could get to a real-life driving experience. As it was my first experience with a train simulator, I kept things simple and asked for the beginner-level course. 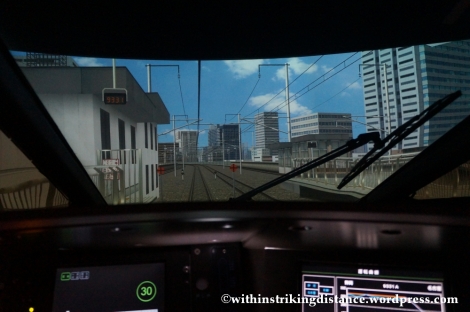 The brief ride simulates a shinkansen run on the Tōkaidō line from Tōkyō to . . . hmm, my memory fails me at this point so I can’t recall whether we stopped at Nagoya or went all the way to Ōsaka. The journey was compressed into the space of just a few minutes, but it’s long enough to allow users to experience different situations and practise various driving techniques such as accelerating, braking at curves, stopping at stations, controlling speed on sloped sections of track and so forth.

The graphics were pretty good as well, and even included some famous landmarks from the route we were travelling on.

Let me tell you, it wasn’t as easy as one might think. Even with beginner-level settings, it took a lot of work to monitor the live speed graphs, apply the controls in precisely the right manner, act upon signs and track signals, and generally keep the train running within strictly specified parameters. My guide mentioned that the advanced level would require even more from the user – controlling the pantographs on the roof of the train, for example.

Believe me, I emerged from the experience with a new respect for train drivers. I already knew that for all the automated features and cutting-edge technology at their fingertips, piloting one of these beasts takes a lot of effort . . . yet I didn’t realise just how demanding the role could be until that day. Hats off to these hardworking chaps who keep the railways running quickly, smoothly, and safely, to the benefit of us all.

When the ride was over, I was issued an electronic certificate of completion via a monitor on the side of the dashboard. (No printout, unfortunately.) 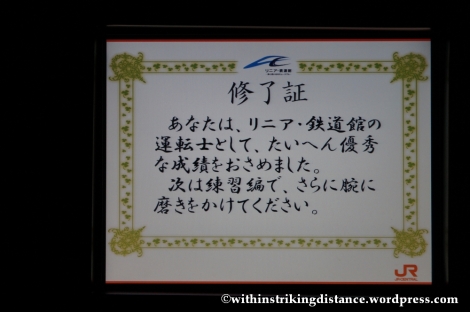 And here’s Diego with a wider shot of the driver’s cabin. 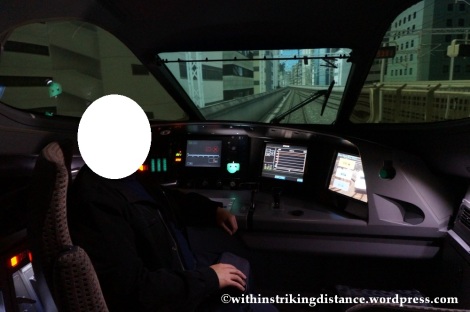 Nope, still not putting my face up for public consumption. (^_^)

The N700 isn’t the only hands-on experience available on the premises. There are also simpler driving simulators for conventional trains, as well as one that lets visitors try their hand at operating a train’s doors. 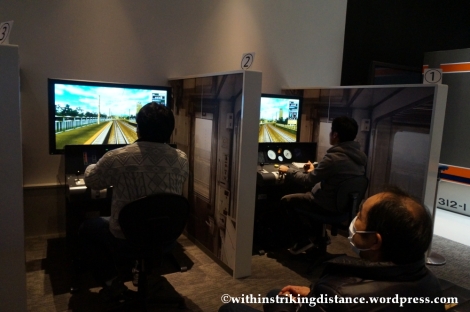 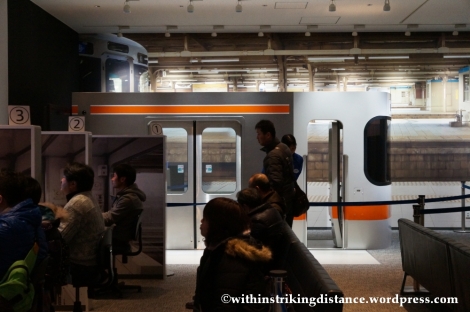 There’s also a whole host of other facilities that I didn’t bother trying, but might be of interest to other visitors – a kids’ playroom, for example. The museum’s official website will tell you more.

And THAT, my friends, was one absolutely wicked experience. If I didn’t have a train to catch early that afternoon, I’d have probably stayed even longer than I did – and I’m sure fellow railfans will understand. This is the stuff that a train enthusiast’s dreams are made of: so many specimens of Japan’s century-long love affair with transportation technology gathered under one ginormous roof, with a plethora of activities, artefacts, and contextual material to make all this collected history come splendidly alive.

And the good thing is that there are other train-related attractions like this scattered all across Japan. It should come as no surprise, given the immensely important role that railways play in the life of this nation – and I look forward to visiting more and more of these facilities in the years to come, this particular one being my next major target.

Props to JR Central for putting up this amazing museum. Unfortunately, I have to rush out now and head back to Nagoya – got a train to catch, and one heck of a snowstorm to contend with.