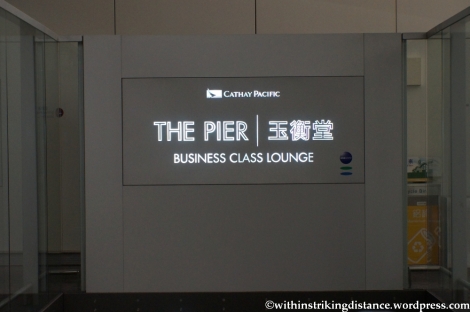 Where Diego enters, sits, and leaves. (That’s the lounge part.)

And then enters, sits, and leaves. (That’s the flight part.)

Yep, that’s pretty much it.

For the sake of documenting this journey down to the very last leg, let’s do a two-in-one mini report combo and be done with it.

Fresh off CX 549 from HND, I had a stopover of less than 2 hours in HKG before my connecting flight to MNL. With all the transit procedures and having to navigate the enormous terminal, by the time I reached the departure area I’d lost more than half an hour.

With such a narrow window remaining – soon to be made even narrower by the necessary pre-boarding wait near the gate – there didn’t seem much point in seeking out CX’s flagship lounge (The Wing, which I wrote about here) so I just dragged myself over to the nearest available facility.

The seating area. Well, one of several, but this is the only one I stayed in.

I didn’t see anything like those excellent little private booths JL had in their HND lounge, but there were sets of facing chairs with a table in between (and a screen offering minimal privacy). Outlets built into the wall were available for those who needed them. A decent enough option for parking my sleepy self before the next flight. 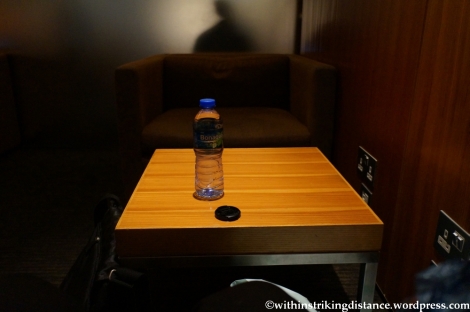 The Pier is equipped with the usual broad range of facilities and dining options that CX lounges are known for – at least, if their website and other travellers’ accounts are anything to go by. I didn’t use any of them, not even the buffet: a bottle of water was all I needed to pass the time.

With that, let’s move on to the flight.

The final leg of the trip. Not exactly a case of ending things with a bang, but I’ve had so much bang for my buck back in Japan that I could trudge home in a car ferry and still arrive feeling pleased with the whole affair.

(Well, maybe not a car ferry. Perhaps an LCC flight. But you get the idea.)

Regional flight, regional seat. But not CX’s slick new short-haul cabin. It’s just the same tired old equipment I sat in on the very first flight of this trip. 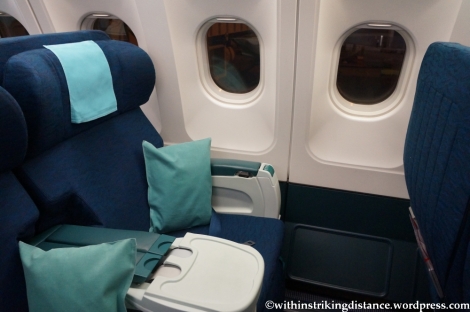 The hardware seemed nearly identical to that described in my post on CX 918, to which I gently direct the readership for additional information.

Since the chicken dish appeared to be identical to the poultry offering on my previous leg, I chose the pork option for this flight.

My impressions of the meal have mostly faded away in the months that have passed, but I vaguely recall enjoying the main course.

At the end of the flight, I found myself back on my beloved native soil – and with that, my latest adventure was over.

Until my next adventure – cheerio.